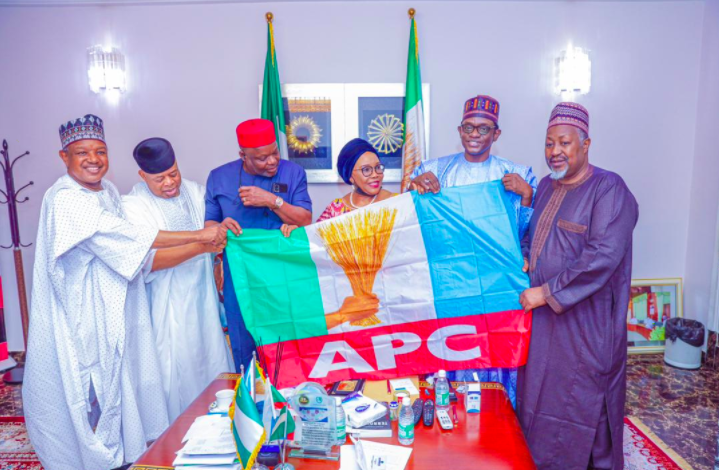 The interim national leadership of the All Progressives Congress, APC, on Wednesday ratified and adopted the results of the party’s ward congresses which took place last Saturday nationwide.

The decision was taken at the 16th meeting of the APC Caretaker/Extraordinary Convention Planning Committee which was presided over by the Governor of Yobe State, Mai Mala Buni.

The National Secretary of the Caretaker Committee, Senator James Akpanudoedehe, disclosed this to correspondents at the end of the meeting held at the APC headquarters, 40 Blantyre Crescent, Wuse 2, Abuja.

Naija News reports that the ward congress is the basic foundation of a series of other party engagements that peaks with the elective convention where national officers of the APC will be chosen to steer its affairs in the next four years.

Akpanudoedehe said with the ratification, the APC remains on course to hit the target it set for filling the vacuum in its leadership structure and organs.

“The CECPC hereby directs that the conduct of nationwide Local Government Congresses proceeds accordingly by Saturday, September 4th, 2021 as contained in the official timetable/schedule of activities released the party.”
.