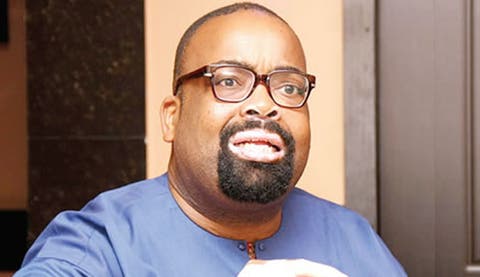 The Nigerian Bar Association (NBA) has called on politicians in the country to stop using lawyers to ridicule the judiciary under the guise of seeking justice.

Confirming the summon, media aide to the CJN, Ahuraka Yusuf Isah, said Muhammad is requesting the judges to explain their recent court orders.

Isah added that the judges summoned are the Chief Judges of Rivers, Kebbi, Cross River, Anambra, Jigawa and Imo States.

But in a statement on Monday signed by its President, Olumide Akpata, the NBA said the recurring contradictory court orders on political matters evokes memories of the dark days in the country.

Akpata added that the conflicting court orders bring the judiciary and the entire system of administration of justice to ridicule.

Recommending solutions to the problem, Akpata said the association will punish senior lawyers who continue to yield themselves to be used as willing tools by politicians to wantonly abuse the judicial process.

The NBA president added that the association executives would seek an audience with the CJN to address the issue “holistically”.

The statement reads: “It is in this regard that we view with concern the recurring contradictory decisions by our courts, based on the apparently indiscriminate grant of orders and counter-orders, in a way that evokes memories of those eerie and unwanted dark days.

“We must of necessity reference the orders relating to the nomination of candidates by political parties for the forthcoming gubernatorial elections in Anambra State and the equally embarrassing situation playing out in respect of the PDP leadership crisis that has seen three different contradictory rulings by courts of coordinate jurisdiction, in circumstances that leave a lot to be desired.

“These developments in our courts are antithetical to the actualisation of the just society and independent judiciary that we all aspire to, and they run contrary to everything we teach and hold dear as a profession.

“Before blaming the judges, we must first look inwards and call out our members, most of whom are senior members of the Bar, who continue to yield themselves to be used as willing tools by politicians to wantonly abuse the judicial process.

“In our view, these actions contravene the Rules of Professional Conduct for Legal Practitioners 2007 (“RPC”) especially the cardinal Rule 1 of the RPC which requires a lawyer to uphold and observe the rule of law, promote and foster the cause of justice, maintain a high standard of professional conduct, and not engage in any conduct which is unbecoming of a legal practitioner.”