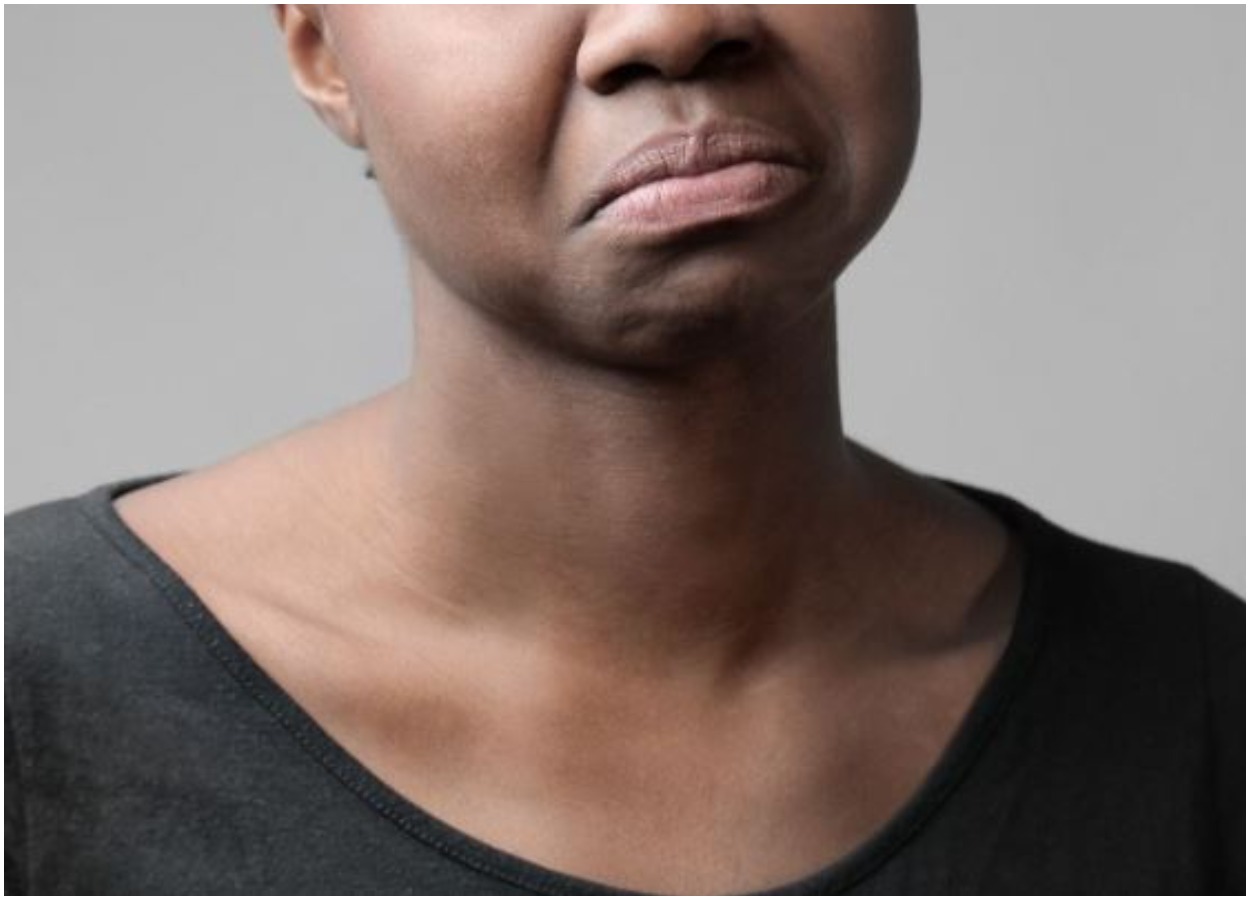 A married woman who was raped by her customer has abandoned her husband to live with the rapist before the court hearing the matter could give a ruling.

According to a Nigerian lawyer, Malachy Odo who shared the mind-blowing story on Twitter, the alleged rape victim’s husband reported the case to the police after she informed him about her ordeal.

Interestingly, before the police could end their investigations for the court to make a ruling, the rape victim has left her husband’s home and moved in with the rapist.

“As lawyers, the things we see and the stories we hear on a daily basis, can be mind-blowing.

“A wife claims she was raped by a customer in a hotel. The husband reports to the police and in the middle of the investigation, the wife moves in with the alleged rapist. Case closed,” 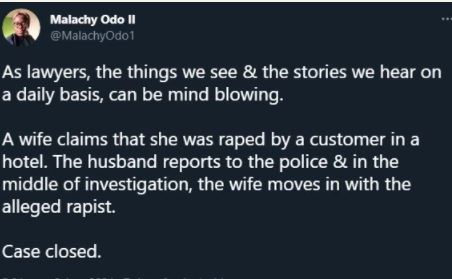