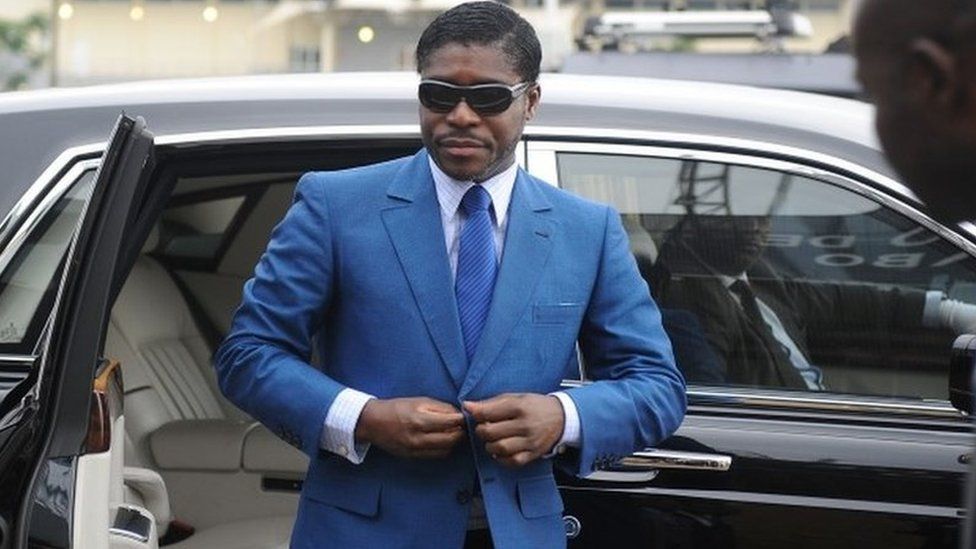 The United Kingdom has imposed anti-corruption sanctions against the son of the President of Equatorial Guinea and Vice-President Teodoro Nguema Obiang Mangue. The British authorities concluded that he was involved in corruption and embezzlement of state funds since he spent about $500 million during his 20 years in various government positions.

The foreign Ministry mentioned the official’s purchase of a mansion in Paris worth $100 million and a private plane for $38 million. At the same time, according to the World Bank, 76.8% of the population of Equatorial Guinea found themselves in poverty, there is no health and social protection system in the country.  The sanctions include the blocking of bank accounts and a ban on entry to the United Kingdom. Thus, the son of the President of Equatorial Guinea, Teodoro Nguema Obiang Mangue, who spent hundreds of millions on expensive cars, luxury goods and collectables, may lose all these benefits.

In response to the inclusion of the Vice-President of Equatorial Guinea in the sanctions list of persons convicted, according to London, of large-scale corruption, published on July 22, Equatorial Guinea announced on Monday, July 26, the closure of its embassy in London. “The government has decided to completely close our diplomatic mission in London,” Simeon Oyono Esono Angue, Minister of Foreign Affairs and Cooperation of the Republic said on national television. The Guinean authorities called the actions of Britain unfriendly and added that the closure of the representative office may not be the only response.

The French authorities are also taking action against Teodoro Nguema Obiang Mangue— the French court upheld the verdict adopted in 2017: “laundering, embezzlement of public funds”, “abuse of public trust”, as well as “corruption”. The lawsuit was filed by two non-governmental organizations Sherpa and Transparency International. At the trial, Teodoro Nguema Obiang Mange was sentenced to three years of probation and a fine of $30 million, in addition, his assets in France were confiscated.

According to official data, the French assets of Teodoro Nguema Obiang Mangue are worth about $150 million. The most important of them is a luxury residence near the Champs-Elysees in 101 rooms, with its own gym, a hairdressing salon and a disco with a movie screen.

It is worth noting that according to French law, the money received from the sale of the property of Teodoro Nguema Obiang Mangue should be sent to Equatorial Guinea through non-governmental organizations or the fund for assistance to developing countries supported by the French authorities.

Thus, the relations of Equatorial Guinea with Western countries have recently deteriorated very much. In the context of the fact that the security situation is very tense in the country, in order to avoid a coup d’etat, Equatorial Guinea really needs a new strong partner, who has already shown his effectiveness in working with African countries.