Residents of Lagos, on Saturday, July 24th, 2021, will vote for candidates that would pilot their affairs at the grassroots.

Naija News reports that the Lagos State government on Thursday announced a restriction of movement between 8:00 am and 3:00 pm.

Meanwhile, the Governor of Lagos State, Babajide Sanwo-Olu and his wife, Ibijoke, have cast their votes at their polling unit in 08 Eti-Osa at Ikoyi/Obalende, Lagos. 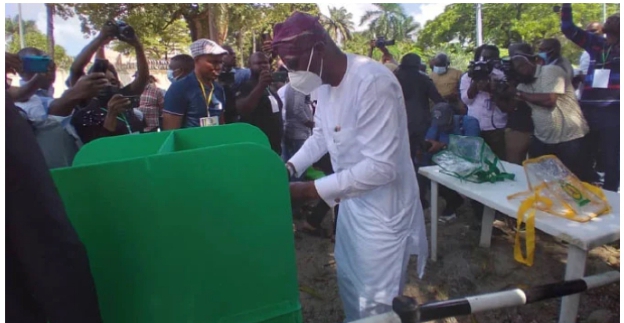