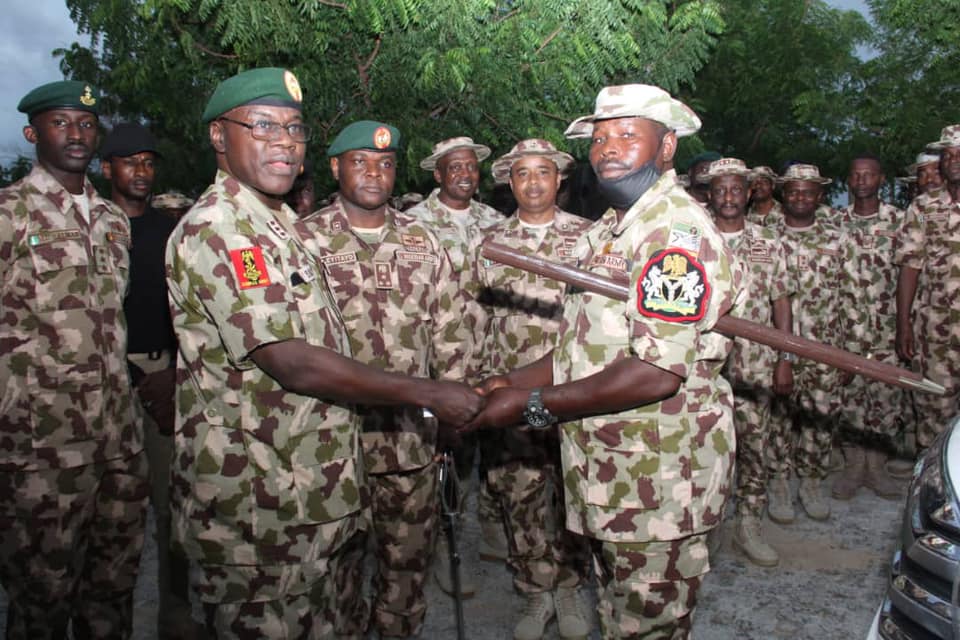 According to a statement on Thursday by Army spokesman, Brigadier-General Onyema Nwachukwu, the move is in fulfillment of the commitment of the army leadership to the welfare of all operatives.

The statement explained reads: “The Chief of Army Staff (COAS) Lieutenant General Faruk Yahaya is walking his talk, as he continues empowering Regimental Sergeant Majors (RSM) of the Nigerian Army to enhance their funtionality.”

“Lieutenant General Yahaya handed over keys and official documents of a brand new Toyota Hilux to the Regimental Sergeant Major (RSM) of Headquarters 7 Division, Master Warrant Officer Mohammed Babayo, during an operational visit to the Division on Wednesday, 21 July, 2021.”

“The COAS stated that the move is aimed at restoring the prestige associated with the office of an RSM, whom he described as the custodian of Nigerian Army customs, ethics, and traditions.”

“He also said RSMs in the Nigerian Army and the military globally, play pivotal role in refining, grooming, and putting the regimental lives of young officers and soldiers in check, when freshly deployed to the unit, on passing-out from their respective training institutions.” 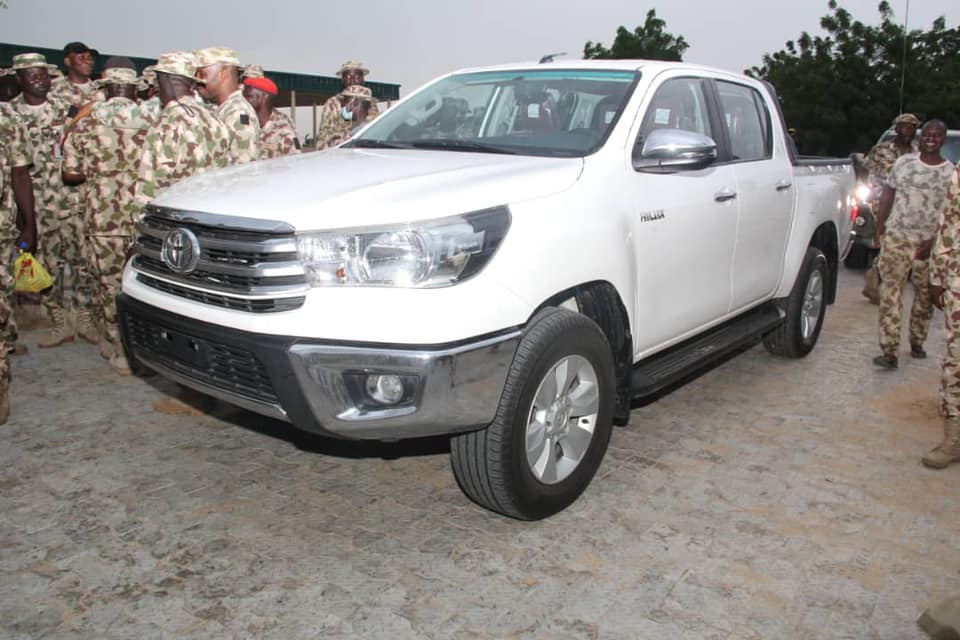 “General Yahaya further disclosed that it is paramount to provide them with requisite logistics to enhance their confidence and competence in order to reinvigorate and empower them for their essential role as a bridge between the Commanders and the soldiers in the hierarchy of the NA.”

“He disclosed that he will ensure the construction of tied-down accommodation for the RSMs, as well as renovate existing dilapidated structures in Army Barracks to demonstrate his commitment in this regard.”