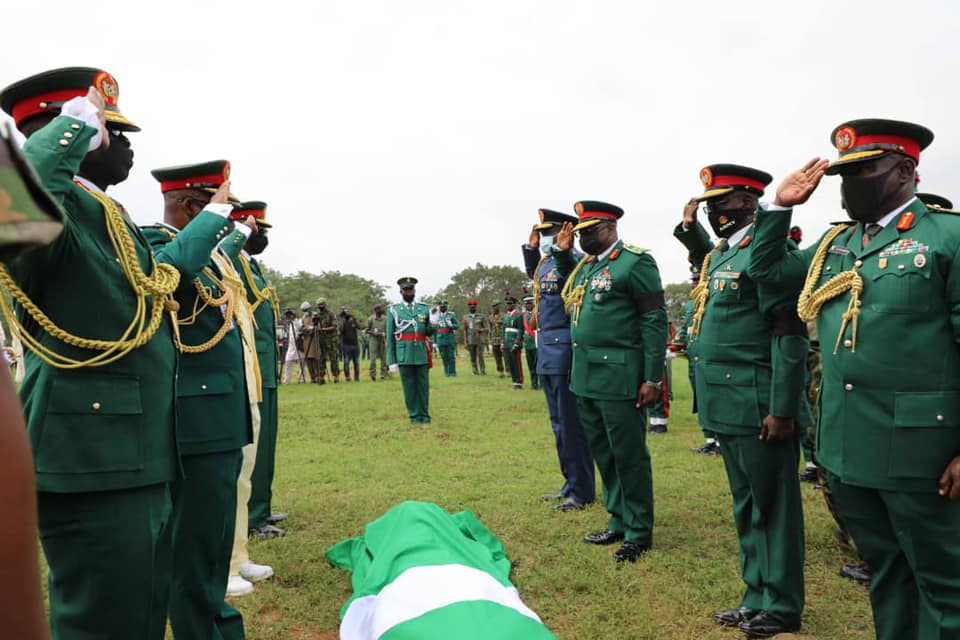 The Chief of Army Staff, Lt.-Gen. Farouk Yahaya has expressed sadness over the death of a former Provost Marshal of the Nigeria Army, Maj.-Gen. Hassan Ahmed.

Ahmed was assassinated on Thursday by bandits while his sister who was in the vehicle with him, was abducted by the gunmen but his driver escaped as previously reported by Naija News.

Speaking during the burial ceremony of the late military officer at the Guards Brigade Cemetery, Lungi Barracks, Abuja on Friday, COAS Yahaya described his death as a big blow to the Army and Nigeria at large. 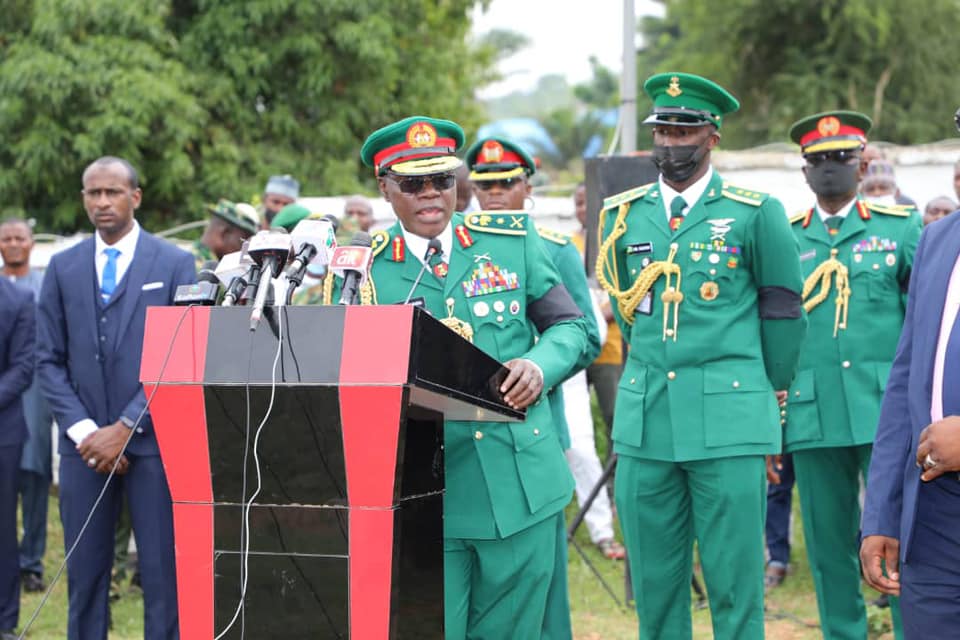 The COAS added that his death happened only because God permitted it, promising that the Army would take care of the family left behind.

“For us who are behind, we owe it a duty to take care of his family and be with them in this trying time.

“The army has provisions in our laws in terms of entitlements and other responsibilities and we fulfill that.

“Beyond that, the army, under my watch, will improve on those provisions and will be with the family of the late general and all others who have also paid the supreme price.

“Ahmed was a friend and colleague and we have been together for a long time. He was a very dutiful, responsible and professional officer but everyone has his time.

“On behalf of the Commander-in-Chief of the Armed Forces, officers and soldiers of the Nigerian Army, we heartily condole with the family of late Major General Ahmed.

“May his gentle soul rest in peace and may God grant us and his family the fortitude to bear the loss,” Yahaya said.

Meanwhile, lawmakers from the Peoples Democratic Party (PDP) on Friday staged a walk-out over Clause 52 of the Electoral Act Amendment Bill.

Naija News reports that the opposition lawmakers insist that the clause was never carried.

Speaking to newsmen after the walkout, the PDP caucus had accused the leadership of the House of asking INEC not to show up at the plenary.

The PDP caucus also condemned the leadership for inviting a director of the National Communication Commission (NCC).