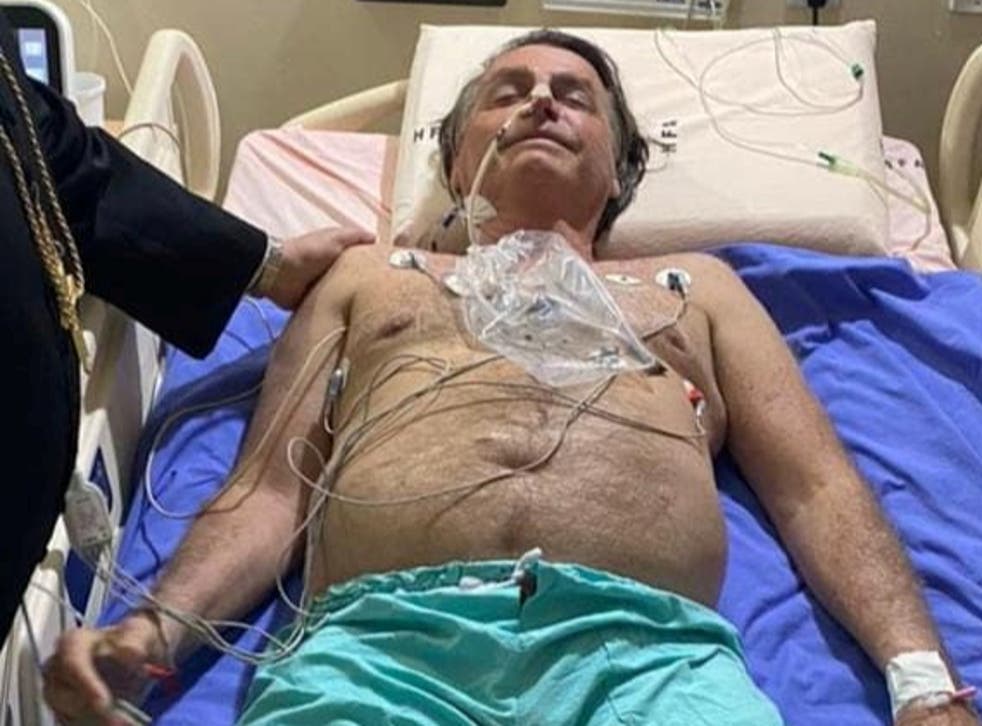 Brazilian President Jair Bolsonaro has been transferred to a hospital in Sao Paulo to carry out tests on a potentially obstructed intestine.

Naija News reports that this was made known on Wednesday by the office of the President after the far-right leader endured a 10-day bout of chronic hiccups.

The Vila Nova Star hospital in Sao Paulo, where the 66-year-old is being treated, said that the president would remain in hospital “initially under conservative management” following reports that he would need emergency surgery.

“He ended up being intubated to keep him from breathing in liquid coming from his stomach,” Flavio Bolsonaro said in the interview.

The president’s office had said he had been taken to a military hospital in the capital Brasilia “to undergo tests and to investigate the cause of the hiccups”.

“This is happening at a time when President Jair Bolsonaro is going through the worst period of his 2 1/2 year presidency,” said Al Jazeera’s Monica Yanakiew, who is in Rio de Janeiro. “The Senate is investigating the government’s handling of the COVID-19 pandemic and his popularity has been taking a severe blow.”

Recall that President Bolsonaro’s health has been an issue for much of his presidency after he was stabbed in the intestines on the campaign trail in 2018 and nearly died. The attack has required multiple follow-up operations.

Pro-Bolsonaro federal legislator Bia Kicis wrote on Twitter on Wednesday that Bolsonaro’s hospitalization was “a consequence of the 2018 knifing”.