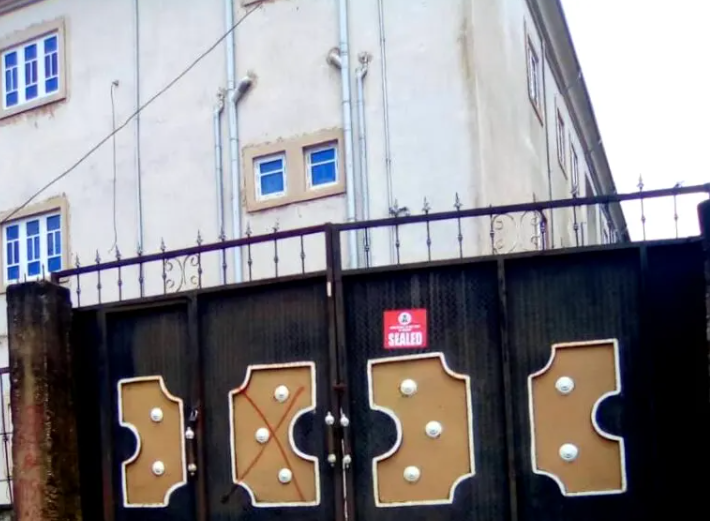 Governor Hope Uzodinma of Imo State has sealed a college belonging to a former Governor of the state, Senator Rochas Okorocha.

Naija News reports that officials of the state government sealed the college for converting the lands of the staff quarters of the Imo Broadcasting Corporation (IBC) to his college.

It was gathered that the government officials arrived early hours of Tuesday, at the Rochas foundation college location, marked the building with the inscription “Keep off by Imo state government.”

Speaking to reporters, one of the agents, who pleaded anonymity, said that it was one of the properties of the government the court had given the order to recover from the former governor.

He also said it was contained in the white paper recommendations for the recovery of stolen properties in the state.

He said: “We have recovered the Imo Broadcasting Corporation, IBC, which the former governor, Okorocha, took over and converted it to his Rochas Foundation College. What you are seeing now is covering 48 hectares of land and if you look at very well most of the.

“You have to know that this is also in line with the 3r of Hope Uzodimma’s administration of Recovery, Rehabilitation and Reconstruction. The recovery of Imo properties must be done and completed it is our heritage no one man should take it.”