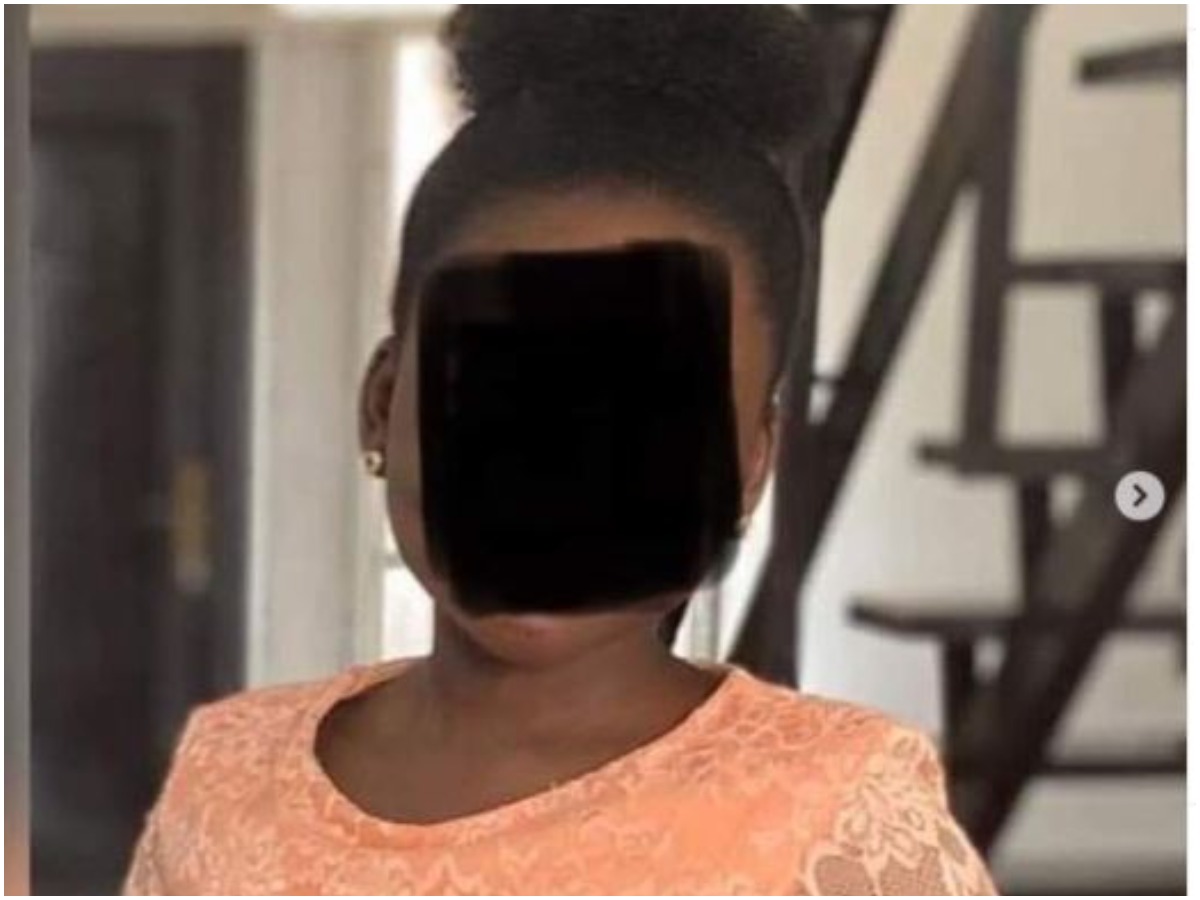 A 12-year-old identified as Keren-Happuch Aondodoo Akpagher a Boarding student of Premiere Academy Lugbe, Abuja has died after a used condom was found in her.

According to an eyewitness, she couldn’t walk from the hostel to class and had to be helped by her friends to write her test in tears.

It was gathered she complained of an eye infection and called her mother to be picked for medical attention.

The school, however refused to release her but transported her to the clinic where her mother met her and facilitated her treatment.

Aondodoo was distraught when she learnt she would be going back to school.

Her mother was said to call and text the principal and matron endlessly asking they release her but they refused initially saying she will have to stay in isolation for seven days on her return. But they finally allowed her to follow her mother home.

Her mother who initially was not keen on taking her that Saturday 19/06/21 changed her mind when her school mother informed her that Aondodoo couldn’t walk to school on the 16/6/21 and was supported by two friends to write her test in tears.

On getting home with her mother on the 19/06/21, she took ill on Sunday night and was rushed to Queens Clinic, Wuse, Abuja, on Monday, a discharge was observed from her vagina and was found to be condom after a lab test.

Her urine test revealed dead spermatozoa and she died early hours of Tuesday from hyperglycemia triggered by sepsis resulting from the infection caused by the condom in her.

The management of Premier Academy, Lugbe Abuja, says the school is cooperating with police investigations into the sudden death of a student of the school, Keren Akpagher. 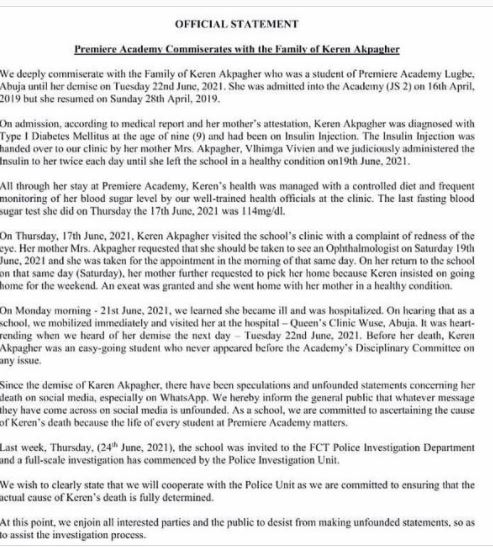