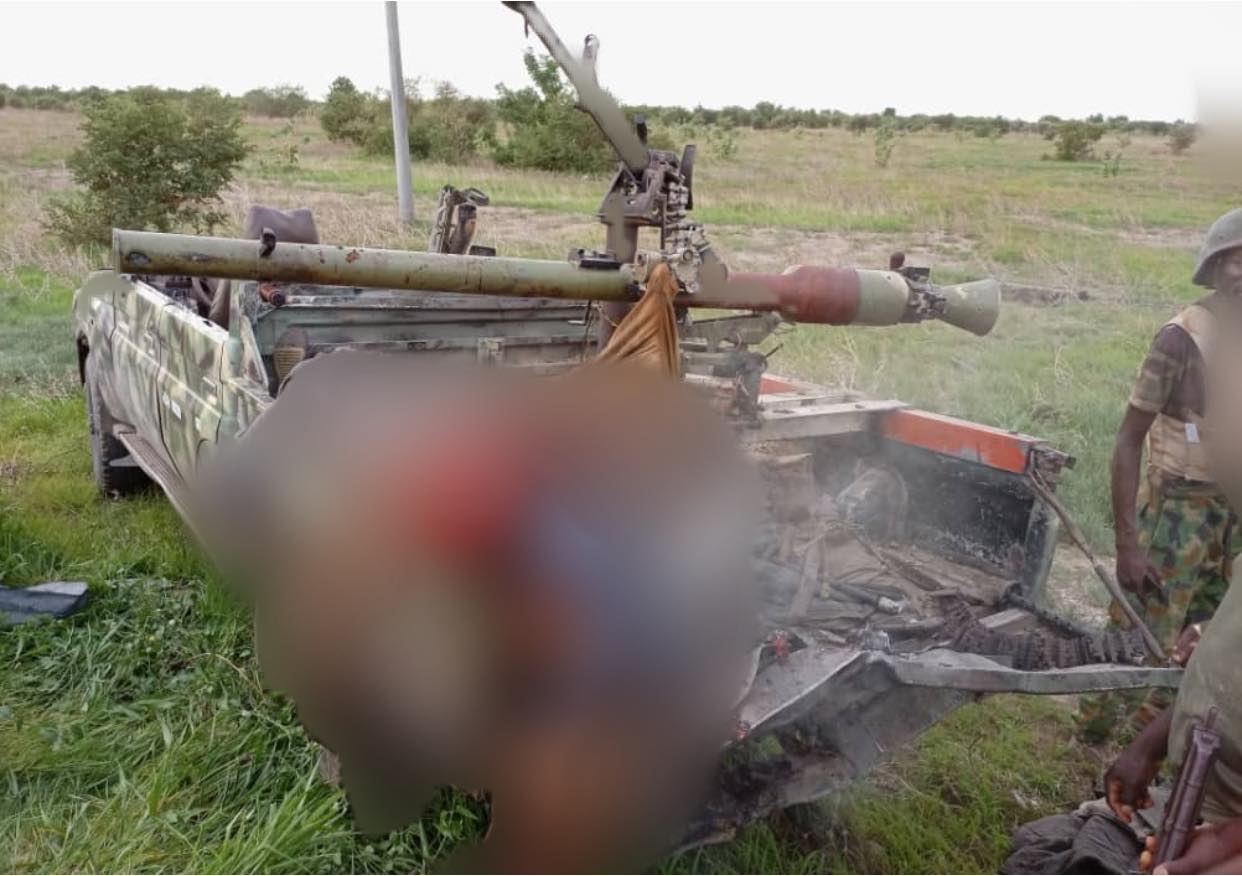 Troops of the Nigerian Army on Sunday engaged in a fierce gun battle with some Boko Haram and Islamic State West Africa Province (ISWAP) terrorists who attempted to infiltrate a military base in Borno.

According to a statement on Monday by the Director of Army Public Relations, Onyema Nwachukwu, the insurgents attempted to overrun the Forward Operational Base at Bula Yobe in Borno State but encountered stiff resistance from the troops.

The statement said troops, in conjunction with the Air Component of Operation Hadin Kai, killed 12 of the suspected terrorists.

However, 2 soldiers also lost their lives in the incident while 5 other soldiers were wounded and receiving treatment.

Several others on the side of the terrorists who arrived on gun trucks and motorcycles also escaped with gunshot wounds while weapons and ammunition were recovered from the fleeing insurgents.

The Army statement reads: “Troops of 152 Task Force Battalion in conjunction with the Air Component of Operation HADIN KAI on Sunday, 27 June, 2021 dealt a devastating blow on marauding Boko Haram ( BHT) and Islamic State West Africa Province (ISWAP) while attempting to infiltrate the Forward Operational Base at Bula Yobe in Borno State.

The terrorists, who came mounted on Gun trucks and several motorcycles attacked the location via an unsuspected crossing point, but were met with heavy volume of fire from the vigilant troops.

The Land troops, in their usual dexterity swiftly and decisively engaged the terrorists, subsequently forcing them to retreat, having lost initiative.

The troops sustained the fire fight and successfully neutralized 12 terrorists, with several others fleeing with gun shot wounds. The troops gallantly captured one Gun Truck, one Self Propelled Gun-9, one Dushika Gun and one mounted QJC Machine Gun. Other items captured are one Light Machine Gun and five AK 47 Rifles.

Sadly, during the encounter two soldiers paid the supreme sacrifice, while five others sustained varying degrees of injury and have been evacuated by the Air component of OPHK to a medical facility, where they are currently receiving medical attention.

The general area within FOB Bula Yobe is cool and calm under the control of troops of the battalion. Further exploitation by the resilient troops is ongoing .

The Chief of Army Staff, Major General Faruk Yahaya has lauded the Land troops and the Air Component for their synergy and quick response, which is in tandem with the ongoing rejigging of the counter terrorism counter insurgency operations in the North East. He charged the troops to maintain the tempo and vehemently hold their ground, to deny the terrorists freedom of action.