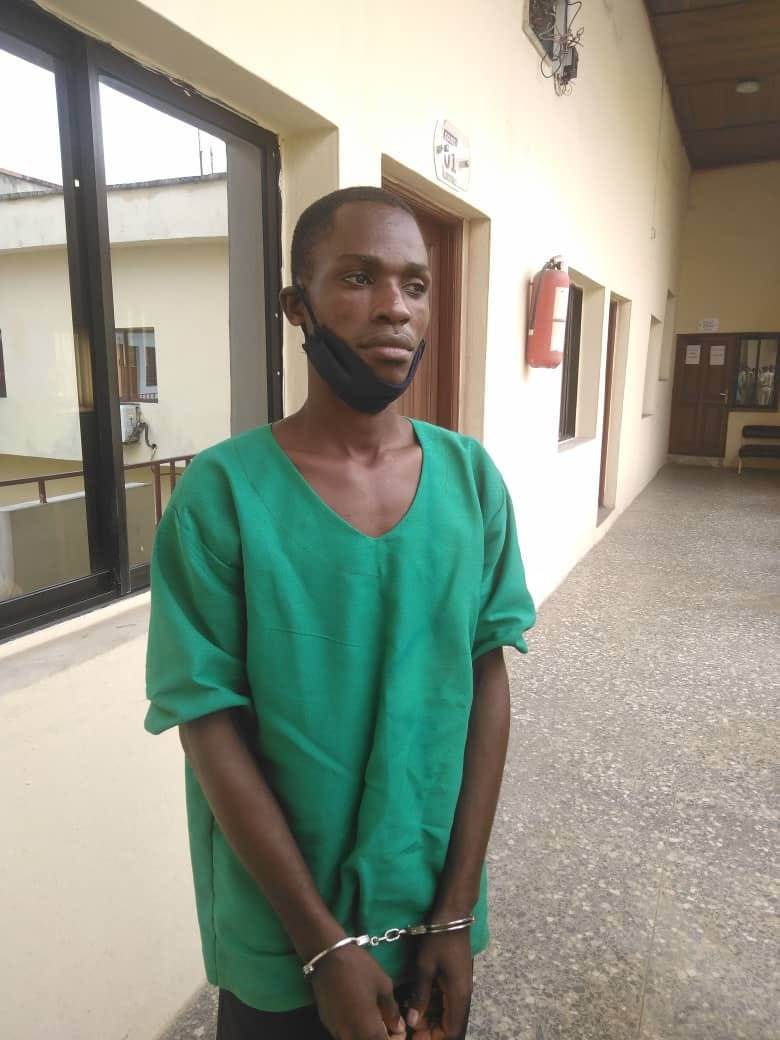 A serial rapist whose name is given as Godswill Idongesit Brownson has been handed twelve years jail term for raping minors in Cross River State.

Naija News understands that the suspect was convicted on Wednesday (today) by the Chief Judge of Cross River, Honourable Justice Akon Ikpeme.

Brownson is said to have violated children aged five and seven in the state. The Family Court sitting in Calabar convicted the criminal after he was found guilty of the crimes, courtesy of the Basic Rights Counsel Initiative (BRCI) team.

Head of BRCI, Barr. James Ibor, who confirmed the development thanked the Commissioner of Police, the Honourable Attorney General and the BRCI team for their effort in securing justice for the victims.

“The Honourable Chief Judge of Cross River State, Honourable Justice Akon Ikpeme has convicted Godswill Idongesit Brownson for the rape of two children aged 5 and 7. He has been sentenced to 12 years in a Custodial Correctional Facility. Thanks to the Commissioner of Police, the Honourable Attorney General, Blessing Egwu and the BRCI team,” he wrote.

In another news, Naija News reports that two adults were spotted having sex on a mountain top in Austria.