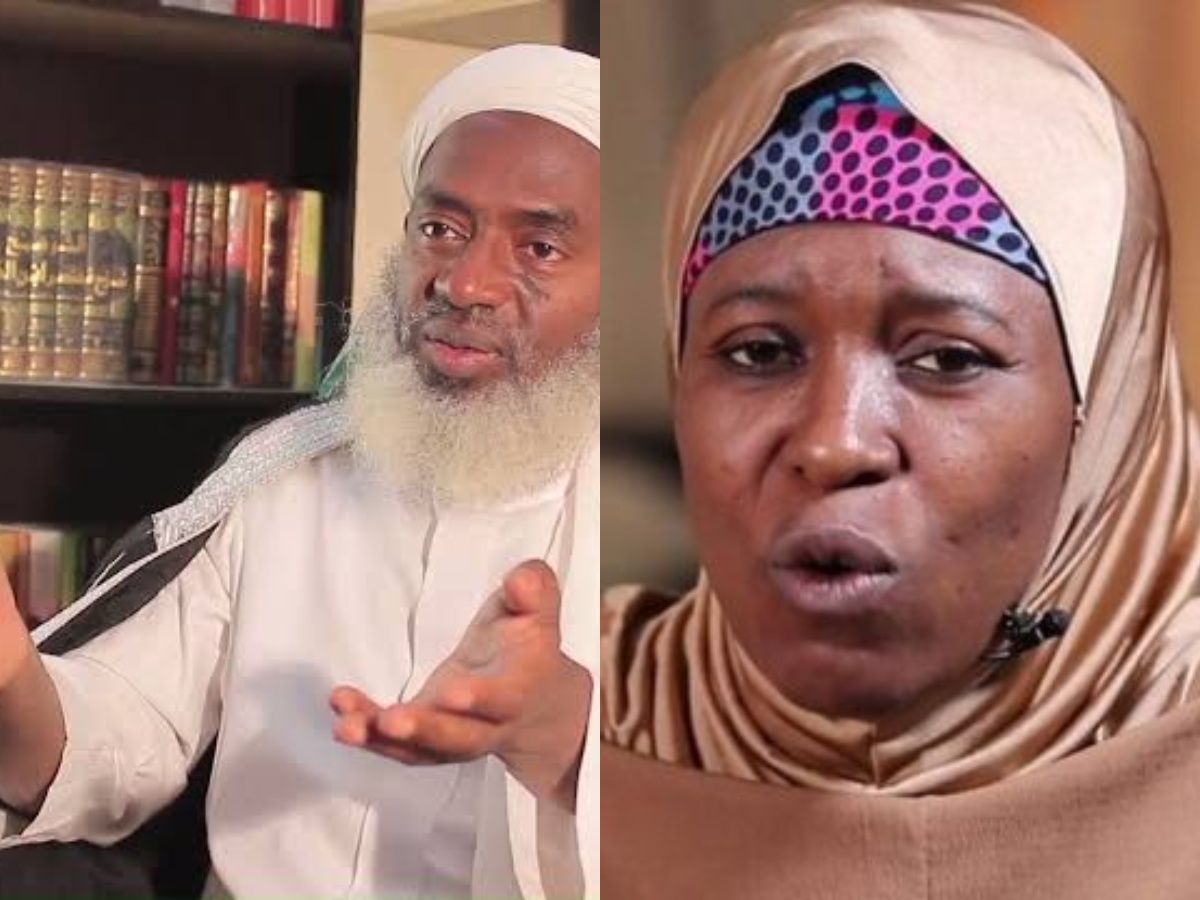 Yesufu in her own submission said rather than negotiate with them, security forces should go after the bandits and eliminate them.

It will be recalled as earlier reported by Naija News that Gumi, on Monday disclosed that there are about 100,000 armed bandits in the North-West alone.

Gumi in his statement said the bandits kidnapping school pupils are disappointed that he negotiated with them without the involvement of the Federal Government.

He further stated that until the government engaged with the herdsmen, no school could be safe.

The cleric disclosed these during an interview with Punch on efforts to rescue the kidnapped pupils of Tegina Islamic School, Niger State.

“To secure schools, why not engage the bandits. Engage them; they are not many. You can count them with your fingers. How can you guard schools? It is not possible. In the whole North-West, they may not be more than 100,000 bandits. And that is just a drop in the ocean. That is talking about those with weapons; because not all of them have weapons. Ninety percent of those who have weapons use them to protect themselves against cattle rustlers. They are victims too. Aerial bombardments will only worsen the situation because when you start killing their children, you remember they also have our children,” he noted.

However, Aisha Yesufu in her response to Gumi said the bandits are evildoers who are inflicting terror on the people of Nigeria and causing insecurity, hence they should be killed.

”Bandits should be killed! They have killed and inflicted terror on the land. God said we should never be transgressors but we should not run or turn our backs on those who transgress against us. So the security agents must go after bandits/terrorists and annihilate them,” she wrote on Twitter.

Meanwhile, Senate Minority leader, Enyinnaya Abaribe has declared that Igbos are the glue that holds Nigeria together but unfortunately, they are being marginalized.

The Abia Senator however insisted that despite the marginalization, they won’t be forced out of the country but will continue to demand their rights.

Speaking on what the Igbos actually want from Nigeria, Senator Abaribe said they want emancipation – set free from all forms of restriction and limitation.

He also accused the current government of being unfair in the treatment of Igbos in Nigeria.