The Governor of Niger State, Abubakar Bello, has finally met with the parents of the abducted students of Salihu Tanko Islamiya School, Tegina.

Naija News had reported that the governor travelled out of the country hours after the students were abducted, while his deputy coordinated the rescue operation.

The Niger State Governor upon his return to the country launched a special vigilante to deal with security issues in the state capital and proceeded to Tegina to see the parents of the abducted children.

Bello met with the parents of the victims and other stakeholders at the palace of the Emir of Kagara, Alh. Ahmed Garba Gunna.

The governor commiserated with them and assured them of the government’s resolve to rescue the children. 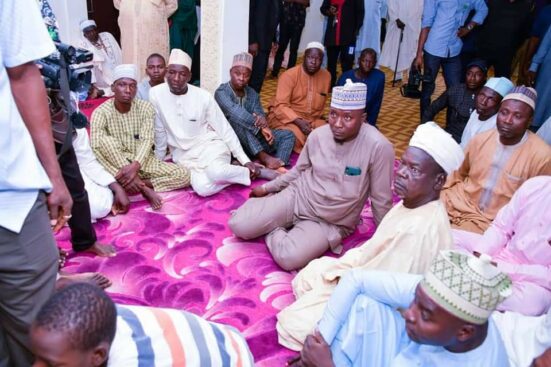