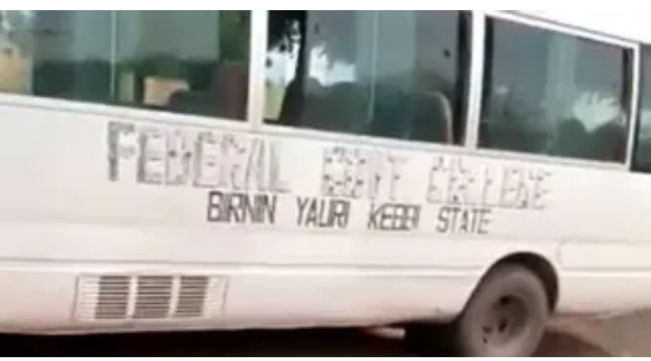 A special adviser to Governor Abubakar Bagudu of Kebbi State, Rabiu Kamba, on Friday disclosed that a teacher and eight students out the victims abducted by bandits on Thursday at the Federal Government College, Birnin Yauri, Kebbi State, have been rescued.

Bandits around 12:30 on Thursday invaded the college and abducted yet to be ascertained, several students.

Kamba while speaking on the development said the abductees rescued are in the custody of the military.

He added that an arrangement is in place to hand over the victims to the government for an onward reunion with their families.

“A teacher and eight students were rescued by the military.

“They are at present in the custody of the military in Dirin Daji. The government will soon receive them for a reunion with their respective families.”

Naija News had earlier reported that troops had engaged bandits in a gun battle to rescue the students leading to the death of one of the students in the fire exchange.

The Deputy Force Commander of the Joint Task Force in the North-West Zone, Air Commodore Abubakar AbdulKadir, confirmed this to reporters in Zamfara State on Friday.