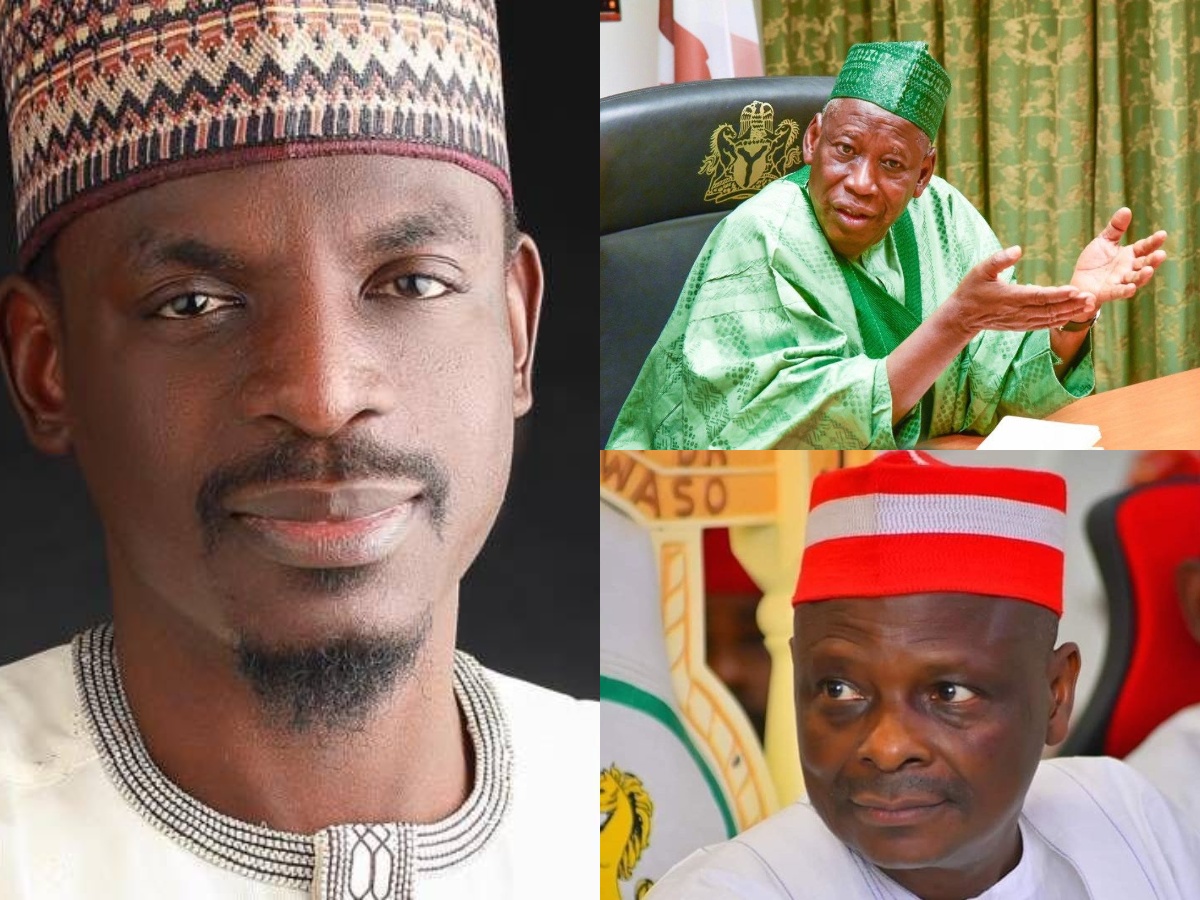 The personal assistant to President Muhammadu Buhari on new media, Bashir Ahmad has reacted to the viral image of Kano State Governor, Abdullahi Ganduje stepping on the picture of former Governor Rabi’u Musa Kwankwaso at a rally in the state on Saturday.

It will be recalled that Ganduje was seen in a viral image during the APC rally which was organized as part of activities marking this year’s Democracy Day, as well as to welcome two former gubernatorial candidates and many members of the Kwankwasiyya who defected to the APC, stepping on the poster of Kwankwaso.

The development had triggered a lot of comments and reactions with many political watchers calling out the Governor on what they saw as a disrespect to a political opponent and top political leader in the state.

But the Kano State Commissioner for Information, Muhammad Garba later issued a statement on the matter in which he clarified that the Governor’s action was unintentional and totally unpremeditated.

He said while the issue has been twisted and overblown by some individuals using the unfortunate incident to promote their political interests, it would become a big wound to the conscience if facts are misrepresented.

Garba added that no matter the political misunderstanding and differences, it has never been the character of Governor Ganduje to engage in any disrespectful act of belittling any political leader.

Reacting to the entire episode, presidential media aide, Ahmad on Monday said it was a relief after reading the Commissioner’s statement to know that Governor Ganduje didn’t step on the poster of Kwankwaso intentionally.

He added that both Ganduje and Kwankwaso are leaders many other younger politicians in the state are looking up to despite their current political differences.

He said it’s good the incident has been put in proper perspective by the commissioner’s statement.

Ahmad wrote in a Facebook post: “Just finished reading a statement from Kano state commissioner for Information, Malam Muhammad Garba on the viral and contentious picture depicting Governor Abdullahi Umar Ganduje stepping on the poster of former Governor Rabi’u Musa Kwankwaso at an APC rally held recently, I was relieved when I read that the stepping on the poster was unintentional and totally unplanned.”

“As young or upcoming politicians from Kano, Sen. Kwankwaso and Gov. Ganduje are among the political leaders who we are closely looking up to, because they have been in the system for decades and we equally respect and honor them for the selfless services they have been rendering for our dear Kano.”

“Good to also read that in a statement, the commissioner said that no matter the political misunderstanding and differences, it has never been the character of Governor Ganduje to engage in any disrespectful or act of belittling any political leader.”

Naija News reports that supporters of the All Progressive Congress (APC) National Leaders displayed strong support for the politician with different colourful images of the former Lagos State governor pasted in strategic locations in the FCT.

Some of the strategic locations include the highbrow Maitama District, the Central Business District, as well as areas around the National Secretariat of the All Progressives Congress.