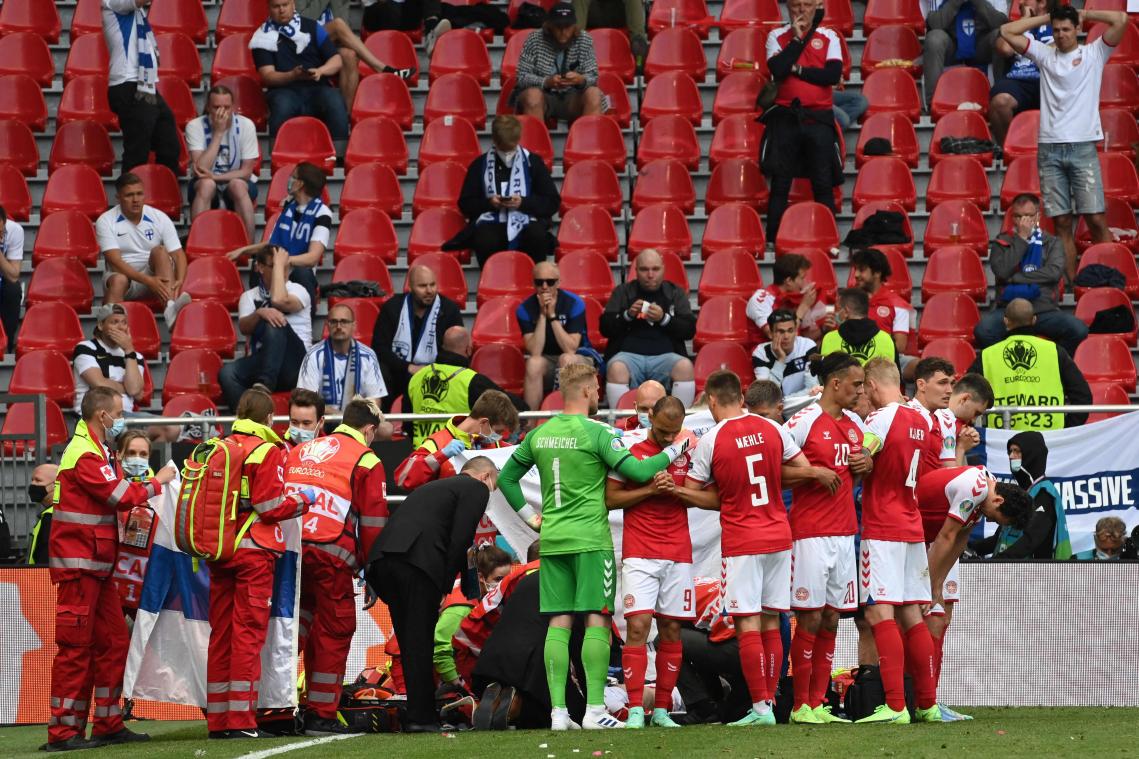 A terrible sight in Copenhagen. At the 43rd minute of the match between Denmark and Finland, at Euro 2020, Danish playmaker Christian Eriksen started to stagger, before collapsing to the ground.

No blow, no shock, no contact beforehand. Appearing to be unconscious, he was quickly given CPR by medics

His teammates, the staff, the public, everyone was visibly shocked and of course extremely worried for the 29-year-old Inter Milan player.

He was then evacuated on a stretcher, protected from view by a white sheet, in the middle of his teammates, and UEFA quickly indicated that the match was suspended. We have no further news at this time on the state of his health.

UEFA has released a statement confirming that the match has been “suspended”, due to a “medical emergency”, while another statement confirmed a “crisis meeting” has taken place between both teams and match officials. 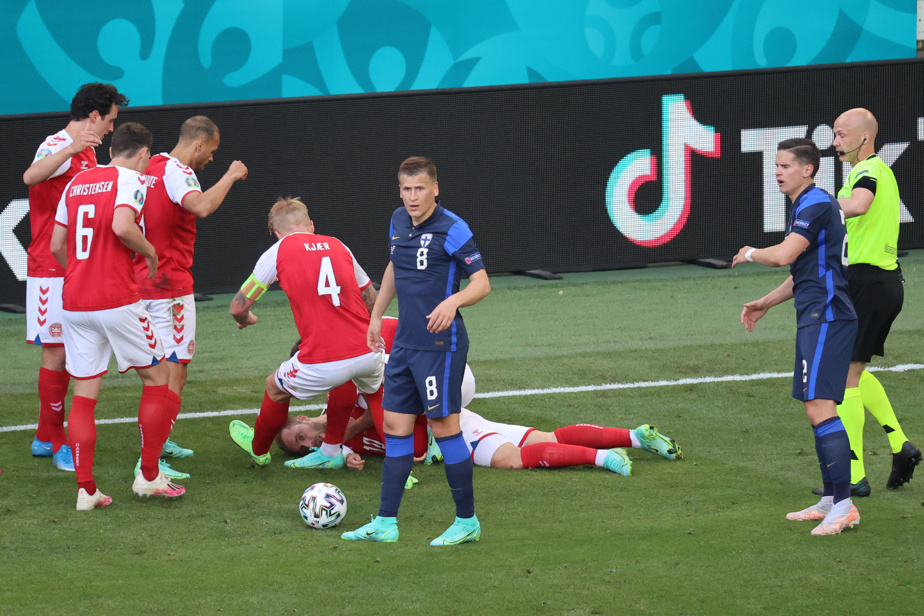 Christian Eriksen’s teammates rushed to his bedside as soon as he collapsed on the pitch.