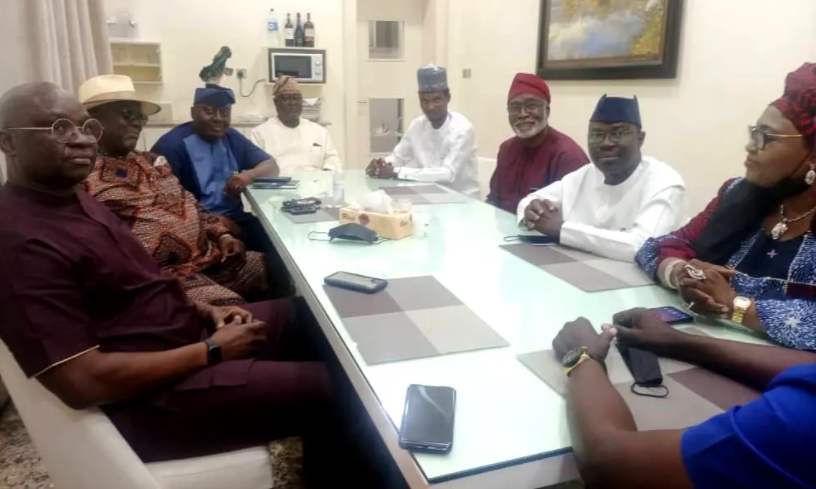 The South West executive of the Peoples Democratic Party (PDP) has met with the former governor of Ekiti State, Ayodele Fayose in Lagos State.

Naija  News reports that the Chairman, South-West PDP, Taofeek Arapaja, led other members on a courtesy visit to Fayose’s Ikeja residence in continuation of efforts to unite party members in the region.

In his welcome speech, Fayose stated that he was very pleased with the true reconciliation that is taking place.

The former governor further said that he is open to actions that will move the party forward. 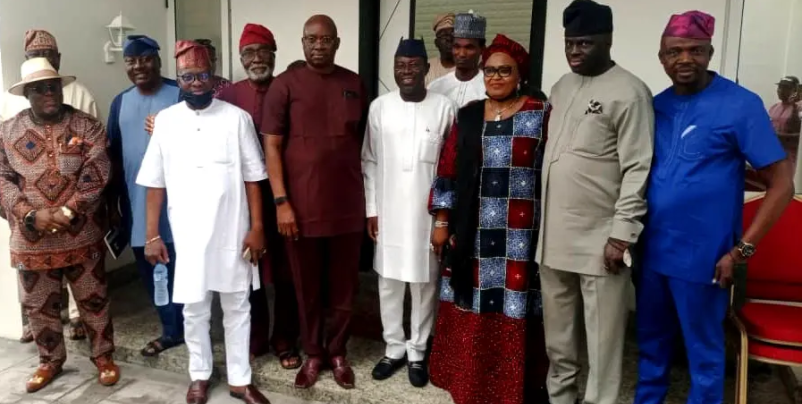 On his part, Arapaja thanked Fayose for welcoming the new executive members, adding that they were all winners in the PDP South-West Congress that took place in April.

He further added that the peace and unity of PDP were paramount to him and other executive members, noting that it is a necessary move in preparation for coming elections.