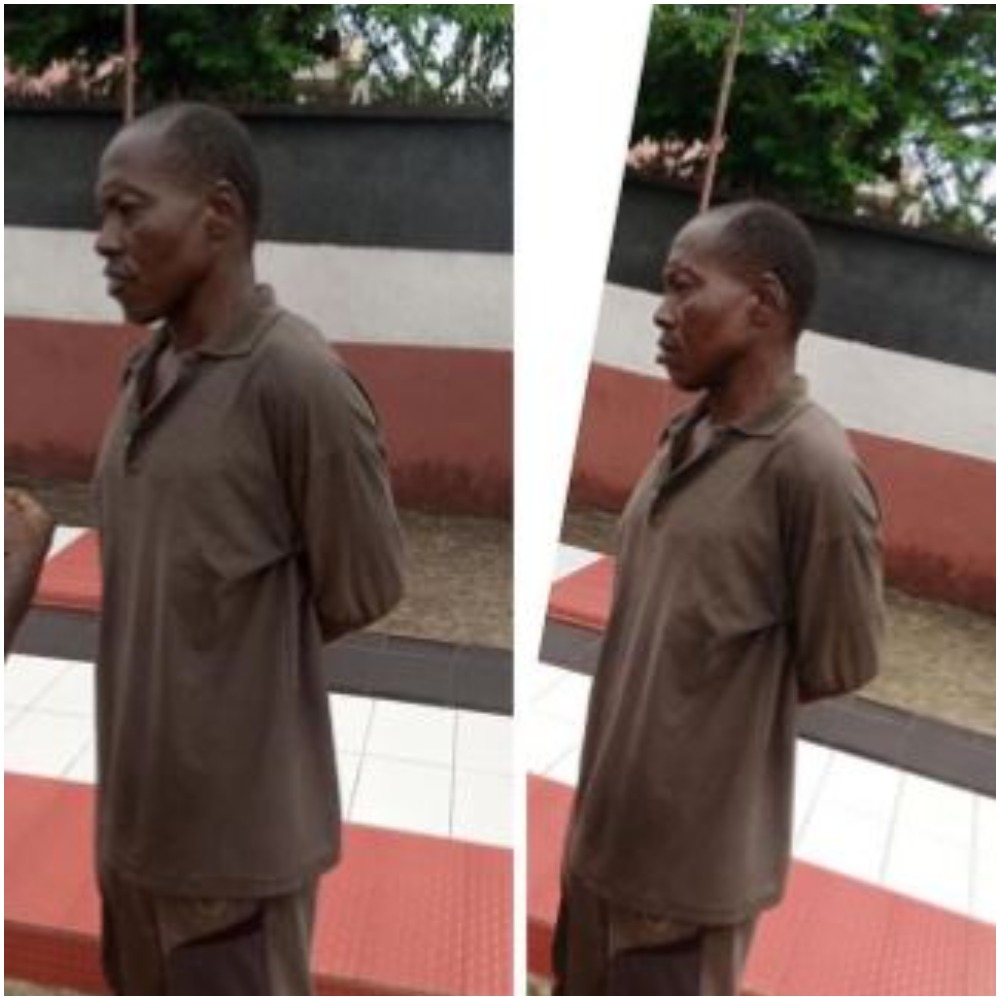 Naija News gathered that the ages of the three defiled girls, ranges from eight years, three years, and one and half years.

According to the commandant of the corps, Mr David Bille, some civil society personnel on May 25, reported that Igbo was defiling his three underage daughters.

“When we got the report, we arrested one Thomas Igbo, a plumber, residing in Enugwu-Ukwu town in Njikoka area of the state. Our medical personnel later conducted a test and uncovered that the children were been abused sexually. The suspect confessed to the crime and very soon, we will conclude the investigation and arraign the suspect”, Billie said.

.“I had s*x once with my eight years old daughter once, others I only used my fingers to penetrate their private parts when I am bathing them,” the suspect said. Igbo claimed that he was under the influence of alcohol the day he slept with the daughter.