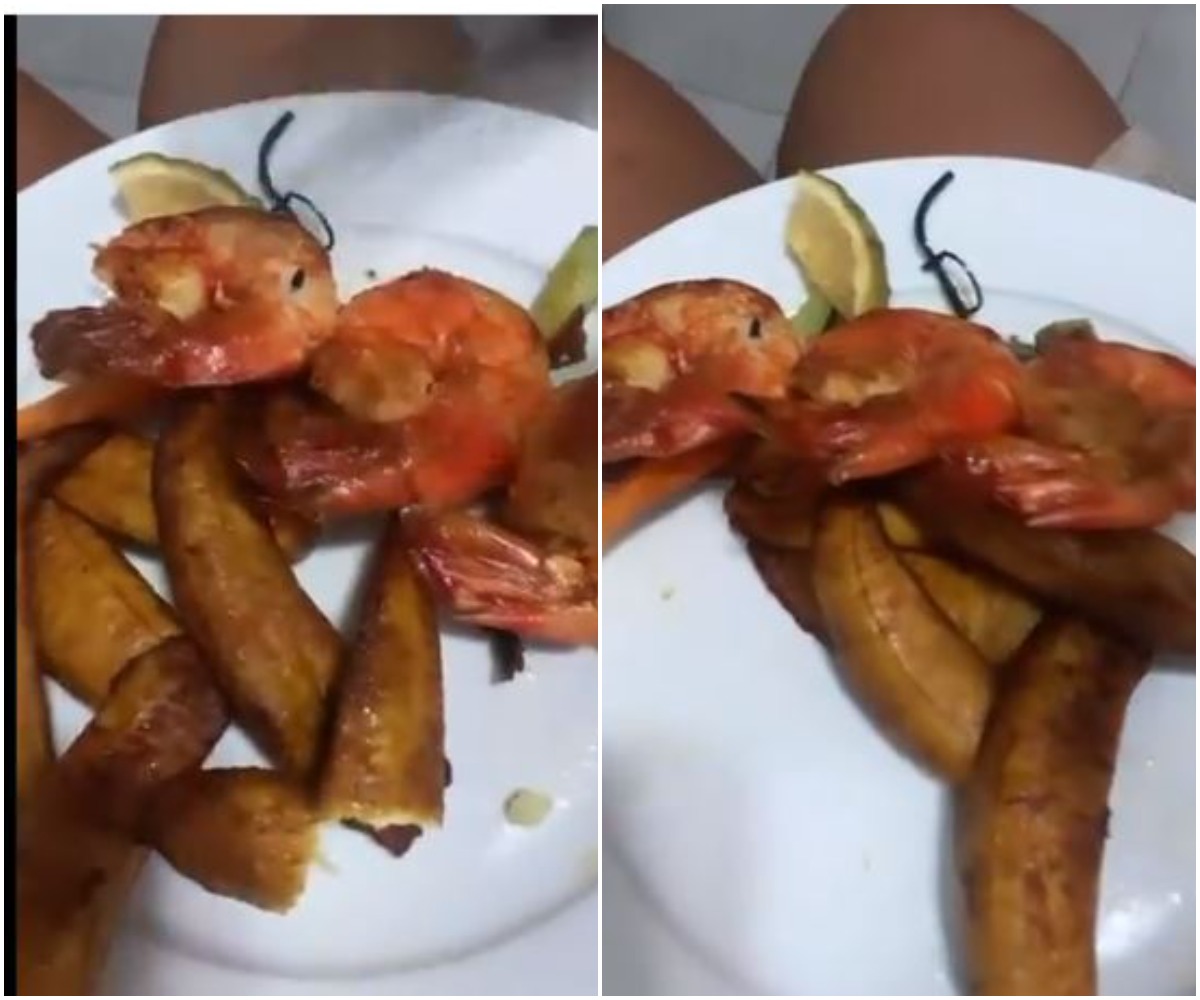 A Nigerian lady identified as Sopulu A has taken to the microblogging platform to reveal the N16,000 worth of a meal she was served at a restaurant in Lagos.

According to Sopulu, via a video shared on her Twitter page revealed that the prawn and plantain was a unique signature from a FOUR POINT restaurant in Lagos.

Sharing the video, she captioned it;

”16,000 naira prawn and plantain “special signature from FOUR POINTS !!! . Like hoooowwwww???? This one is daylight robbery naw abi!”

16,000 naira prawn and plantain “special signature from FOUR POINTS !!! I am livid😳😤😫 . Like hoooowwwww???? This one is daylight robbery naw abi! pic.twitter.com/Xtwej2KOMz

See some comments below;

@thereal_niola wrote; ‘It’s the “sha no be my money” for me’

@instawitefe wrote; ‘You see most ladies no fit chop some kind things with their money’

@vina_fjay wrote; ‘The restaurant doesnt have a table and sit?? Chasing clout’

@tyronethestarr wrote; ‘Shebi it is because you have the money that’s why you bought it, so why are you complaining? Pleaseeeeeeee I don’t like what I hate, her privilege is showing and it is disgusting’

@kic_ky4 wrote; ‘I don’t think this is true,even a 5 star restaurant won’t sell that food 16k’

@beychanas wrote; ‘Sha no be your money is quite rude to the money owner.’

@glitz_farms wrote; Had two portions 32k with a friend last month I almost fought  like when I say the bill I almost tore my shirt since then never will it happen again…

@shola wrote; ‘I feel her pain.. even as nor be her money, her appetite weak’