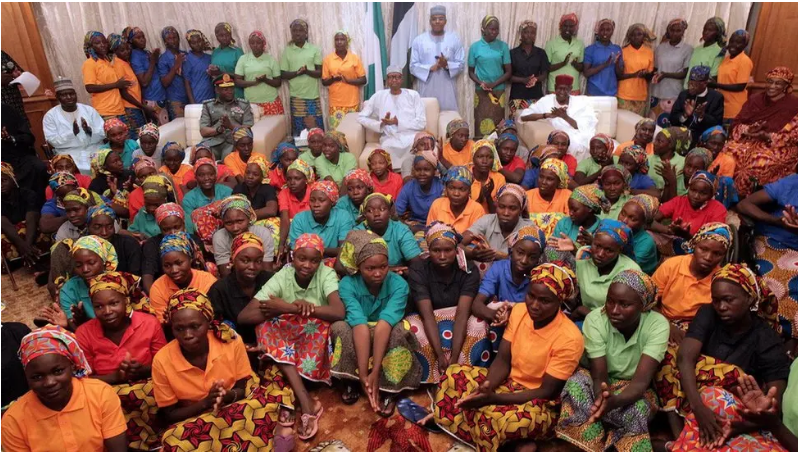 President Muhammadu Buhari-led government has been called on by parents of the yet to be released girls abducted from Government Girls Secondary School Chibok in Borno State, to help rescue their missing daughters before they die.

Some parents of the abducted Chibok girls have died of natural causes and others due to depression, since the abduction by Boko Haram loyal to Abubakar Shekau.

April, 14th, 2021 makes it seven years when Boko Haram terrorists invaded GGSS Chibok and forced 276 girls into a truck and moved towards the Sambisa Forest.

While some of the girls escaped the abduction and found their ways back home, others were not lucky.

However, after the escape of a few and the release of over 100 through negotiations over time, most of the over 107 of the Chibok girls that have been reunited with their families are still struggling to be on their feet.

Even though a handful of them who were taken to the United States of America (USA) have completed their university education, most of those enrolled in private schools in Nigeria are yet to pass their Senior Secondary School Examination (SSCE).

It was gathered that the Chibok Parents Association after two years of the abduction had lost 17 members, most of who died in circumstances related to depression after waiting without seeing their missing daughters or any tangible news about them.

One of the parents identified as Bulama Jonah, whose 18-year-old daughter, Amina was abducted prayed to see his daughter before death, adding that it is not good to die without seeing their children.

He called on the Federal Government to do more in its efforts to defeat Boko Haram and rescue their children.

He added that families were in confusion in the absence of any communication from the government on the whereabouts of the girls.

Reading out from his old pocket notebook in which he recorded important dates and events since the abduction, including their visit to President Muhammadu Buhari, Jonah gave the name of 15 out of the 17 deceased parents.

The remaining two died recently and he was yet to ascertain their names.

“If the government had responded in time, our daughters would have been saved. The United States had spotted 80 girls during the last administration, why did the government fail to rescue them. We, therefore, call on the president to step up search for these innocent girls.”

“We heard that (former President) Obasanjo, at a point said many of the girls were pregnant and recently, we heard he concluded that the girls were dead and could not be found.”

Musa, whose daughter was 18-year-old at the time of the abduction said life had never been the same.

“It is always better for children to bury their parents and not the other way round. Sadly, our predicament is worse because we are not even sure if our daughters are alive. Assuming we saw their dead bodies and bury them, we would have carried on with our lives.”

“I always dream that my daughter is back and pray the federal government will rescue them before we die,” he said.