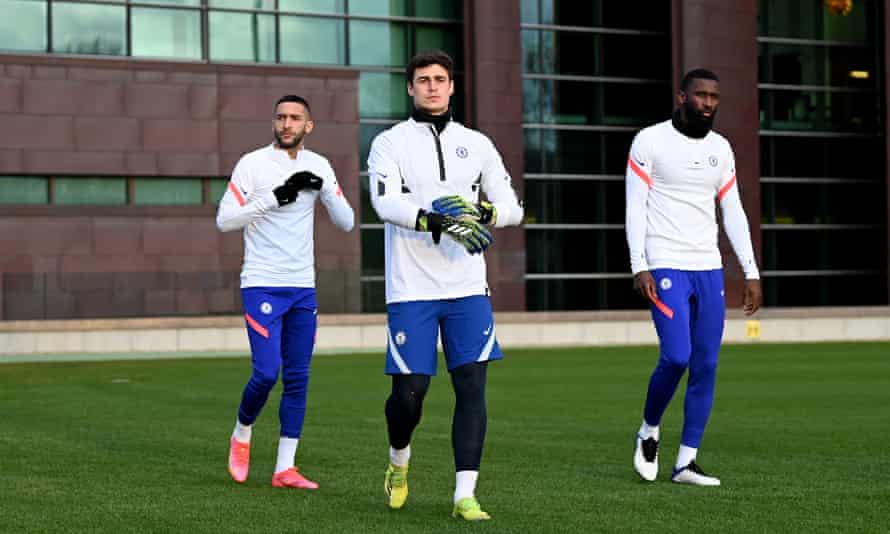 German defender Antonio Rudiger was ejected from a Chelsea training session on Sunday after being involved in a bust-up with team-mate Kepa Arrizabalaga.

As first reported by the Daily Telegraph, tempers flared at Cobham the day after the Blues lost their unbeaten record under new boss Thomas Tuchel following a shock 5-2 home loss to West Brom.

The Germany defender was sent to the changing rooms after a late tackle on Kepa caused some pushing and shoving between the pair, but later apologised to his team-mate.

Both players were left on the bench during Saturday’s defeat, which handed Tottenham and Liverpool a chance to cut the gap to two points, while West Ham will have the opportunity to leapfrog the Blues in fourth when they face Wolves on Monday.

Saturday’s defeat created tensions in the Chelsea camp despite Tuchel warning his players not to lose their heads after the game.

“We cannot lose our heads now and take away the trust we have in these players,” Tuchel said. “It was the moment after the game, to be honest, be calm, and to tell everybody to breathe.

“This will be a hard evening for everybody. We had completely different plans how to start this match day so we have to accept it now, it’s our first loss together. It’s important to find a way to deal with it together.”

Chelsea are preparing their Champions League quarter-final first-leg clash against Porto on Wednesday, with both legs set to be played at a neutral ground – the Ramon Sanchez Pizjuan stadium in Seville – due to coronavirus travel restrictions.