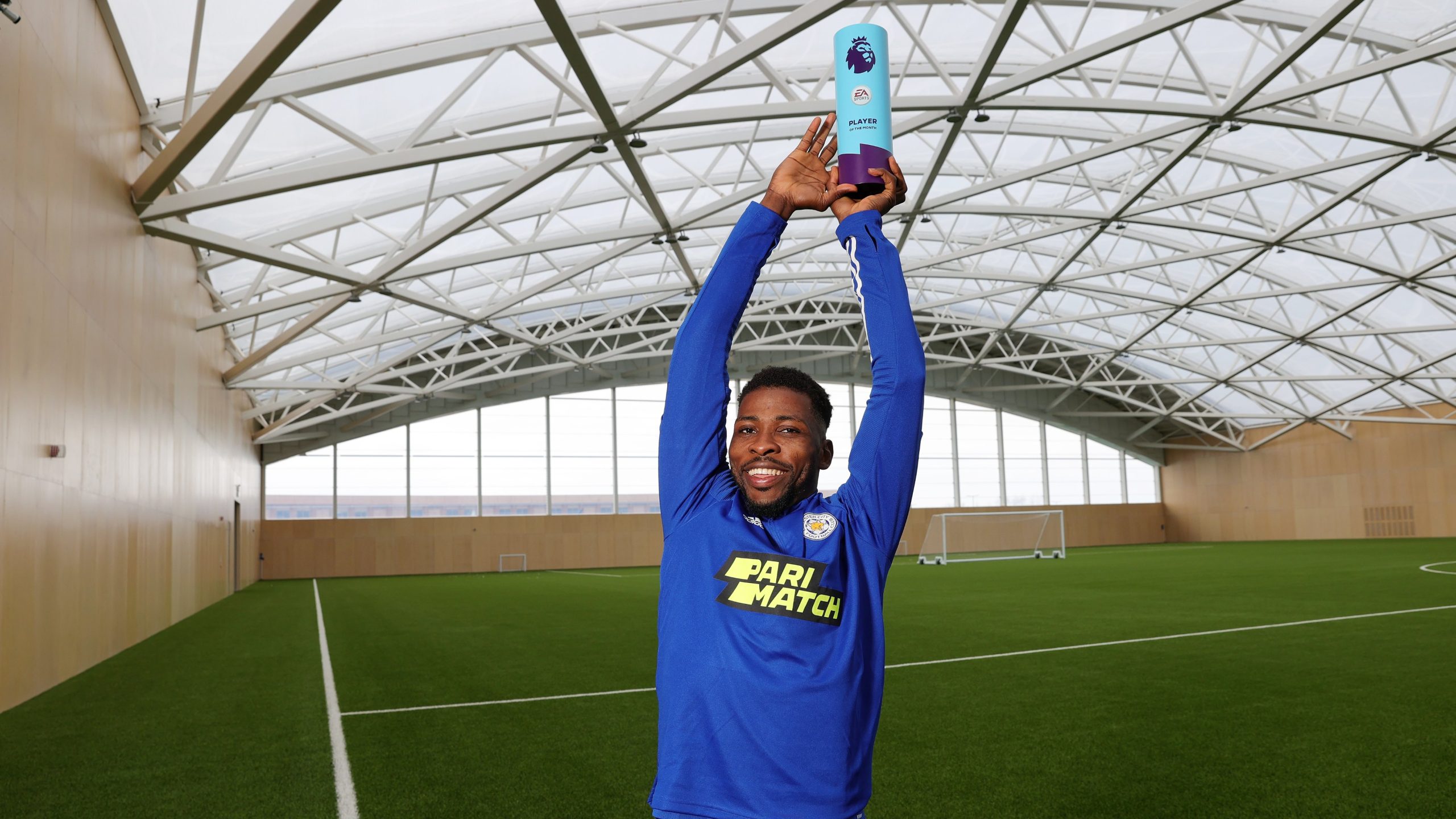 Nigerian International and Leicester City striker, Kelechi Iheanacho has been named as the Premier League player of the month award for March.

The striker scored five goals in three games for his club in March, including the equalizer against Brighton & Hove Albion, a stunning volley away at Burnley, which was in contention for the Budweiser Goal of the Month award, and a hat-trick in City’s 5-0 win against Sheffield United at King Power Stadium.

It is understood that Iheanacho is the first Leicester City player to claim the award since Jamie Vardy in October 2019.

Also, he becomes the fourth Nigerian player to win the award, with the likes of Austin Jay-Jay Okocha, Peter Odemwingie, and Odion Ighalo winning the award at a point in time during their playing days in the English Premier League.

Reacting to being named player of the month, Iheanacho was quoted on the official Leicester City website as saying: “I’m so pleased and honored to win this award.”

“I’m really enjoying playing at the minute and hopefully I can push on and help the team to finish as high as possible this season.”

So far, the player has scored 12 goals in 28 appearances for Leicester this season.

Meanwhile, Bayern Munich has announced on their official website that striker Robert Lewandowski will be sidelined for four weeks with a hamstring injury sustained in Sunday’s Champions League defeat.

The Poland striker has been ruled out of Wednesday’s World Cup qualifier against England at Wembley with a knee injury.

The 32-year-old Bayern Munich midfielder struggled until he was substituted in Sunday’s 3-0 win over Andorra, scoring twice.

The Polish Football Association has ruled him out for up to 10 days with a hamstring injury, but Lewandowski will now have to make an impact if he is to feature in Bayern’s next match against Paris St-Germain. The semi-finals of the Champions League in the next nine days and he has already travelled to Germany for a medical.

Bayern Munich’s chief medical officer has revealed that they are working hard to ensure that the player is fit to play for the country and hope he recovers before next week.