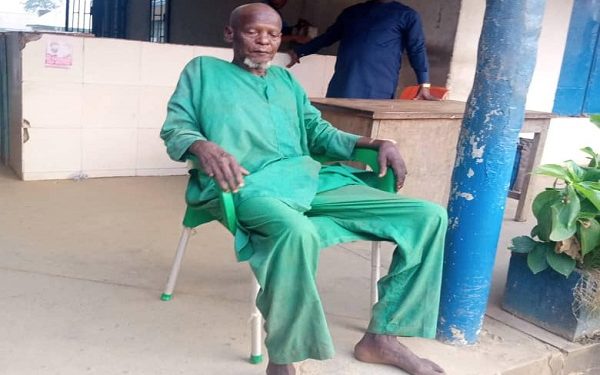 The spokesperson of the command, Olugbenga Fadeyi, in a statement released on Monday denied the command detained people who reported any case against the Fulani herdsmen at the police station in Ibarapa axis.

Recall that members of the Oodua People’s Congress, OPC, arrested Wakili following a petition by residents of Ayete in the Ibarapa North Local Government Area that Wakili and his men were attacking their people.

The statement reads, “We would like to inform the general public that sequel to the arrest of Iskilu Wakili and two (2) other persons and subsequent transfer to the State Criminal Investigation Department (CID), Iyaganku, Ibadan, discreet investigation on the suspects has commenced.”

“Consequent upon this, seasoned detectives have since started investigating Wakili and his suspected accomplices. The Command wishes to invite members of the public who have corroborating evidence against them to appear; this will go a long way in ensuring that water-tight evidence is established for the purpose of diligent prosecution.”

“The Commissioner of Police wishes to refute the allegation of detaining complainants who reported any case against the Fulani herdsmen at the police station in Ibarapa axis and equally taking money from them before granting them bail. This assertion is unfounded and baseless. While assuring that diligent investigation and prosecution will be taken into consideration at all times, the CP wishes to strongly discourage the propagation of unverified and misleading news, by persons or groups of persons as this is counterproductive to feats achieved by the police through diligence and dedication in the pursuit of justice.”