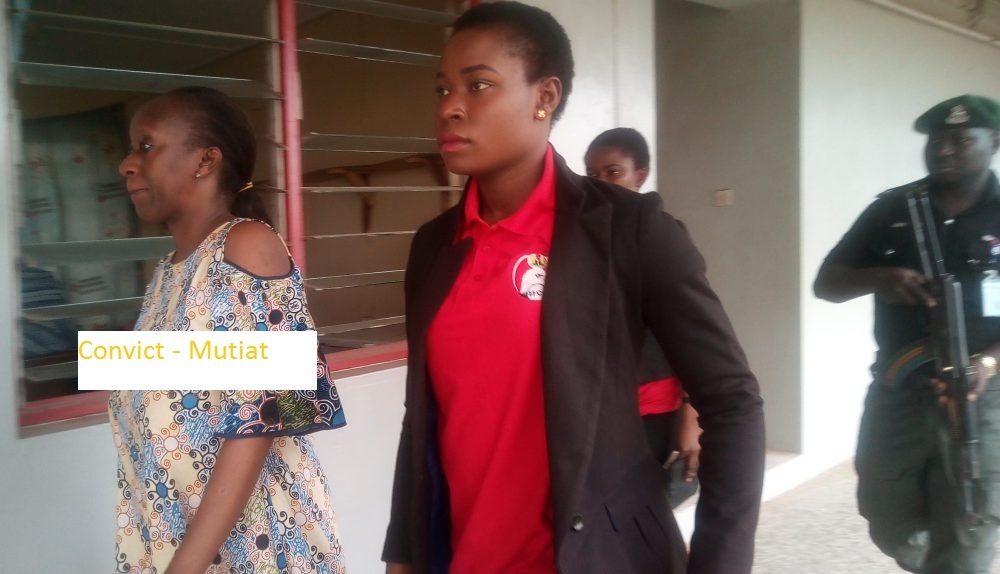 Mrs Mutiat Adio, a former deputy chief registrar of the Oyo State High Court, has bagged years of imprisonment over the issuance of ‘fake cheque’ to a car seller.

Aido was convicted last Friday after she was arraigned before the court by the Ibadan zonal office of the Economic and Financial Crimes Commission.

The court declared the sentence on Adio after pleading guilty to a fresh charge of dubiously obtaining money and issuance of a dishonoured cheque, Naija News understands. The offence is contrary to sections 419 of the Criminal Code Law, Cap. 38, Laws of Oyo State, 2000 and Section 1 (1) (b) of the Dishonored Cheque (Offences) Act, Cap. D11, Laws of the Federation of Nigeria, 2004.

The declaration was disclosed in a statement issued on Sunday, February 14 by the EFCC spokesman, Wilson Uwujaren.

The statement titled, ‘Ex- Oyo Deputy Chief Registrar jailed over a dud cheque,’ alleged that Adio obtained a 2000 model Toyota Pathfinder SUV valued at N1.5 million from one Fabunmi Samuel of Fatai Olanrewaju Motors by pretending to him that it would be paid once the cheque is presented to her bank.

Naija News understands that the unsuspected victim had released the said car to Adio but was told that the cheque is dud within three months of issuance for insufficient funds in the account. The suspect was said to have pleaded not guilty in the first arraignment on January 30, 2018.

However, Adio later revoked her statement from not guilty to being guilty of the charges, after a plea bargain agreement leading to the amendment of the charge.

In his ruling, Justice Owolabi pronounced her guilty of the offence and sentenced her to three years in prison. He also ordered her to restitute to her victim the sum of N500,000 in addition to the sum of N1m she had previously paid in restitution to the victim.

The statement read, “With the latest development, Adio completes a hat-trick of convictions having previously been jailed twice for fraud On May 18, 2018, when she was sentenced to seven years imprisonment for obtaining N9.2m from one Abiodun Olonade, a Nigerian resident in Ireland, by false pretence.

“Also, on March 6, 2020, she was convicted and sentenced to five years in prison for stealing a sum of N22.3m from Guaranty Bank Plc.”