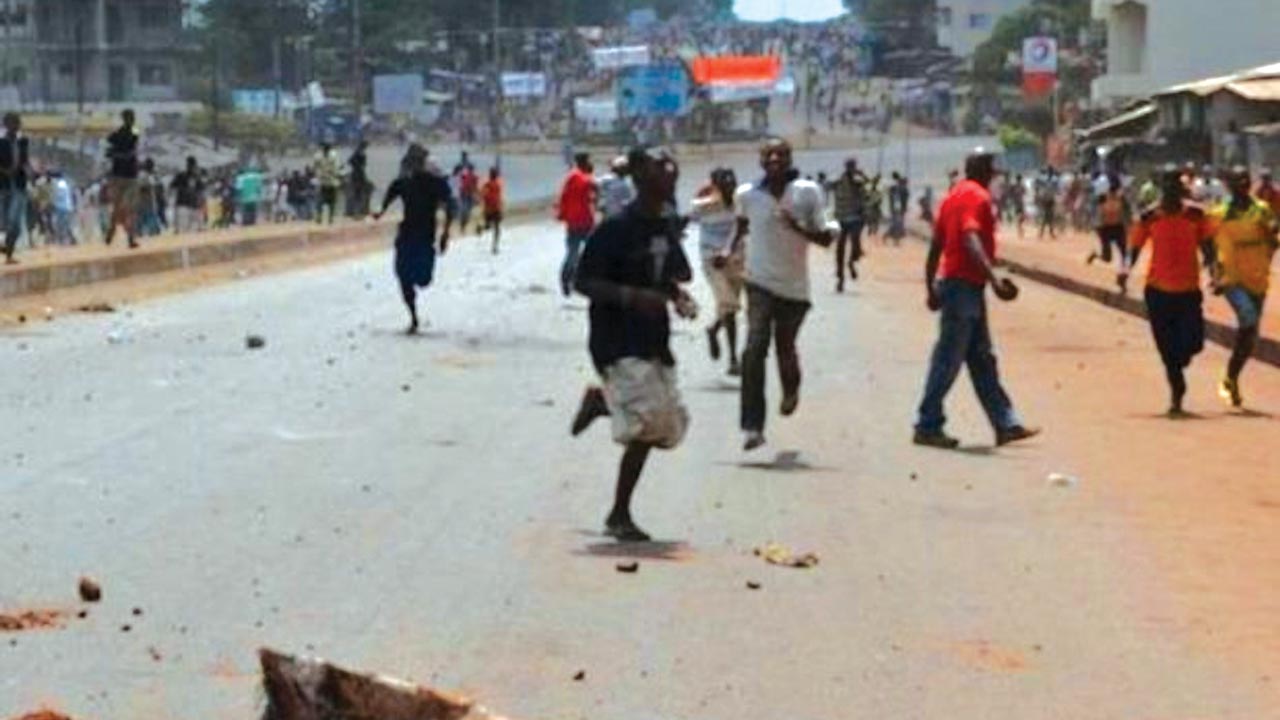 Three people have been reported dead in the recent clash between Hausa speaking people and the Yorubas at Shasha Market area of Ibadan, Oyo State.

Naija News learn that the disturbing event led to the destruction of shops and properties by hoodlums who took advantage of the clash. It was reported that residents were forced to flee the troubled area around 5:30 pm.

Naija News understands that the police refused to make any comment on properties destroyed during the clash. However, smokes were seen mitted from the market area while the clash was still on.

The fight was said to have started after a Hausa trader beat a female porter on Wednesday evening. A Yoruba cobbler around the scene who challenged the Hausa man for beating the pregnant woman reportedly triggered the fight.

Findings revealed that the Hausa man brought out a charm to hit the cobbler who confronted him. A development that landed the cobbler in a hospital and eventually died on Friday morning.

The Commissioner of Police, Mrs Ngozi Onadeko, visited the scene, but the violence seemed to have increased after her visit. Reacting to the incident, the Commandant of Amotekun Corps in the state, Col. Olayinka Olayanju (retd.), said his men were deployed to guard schools in the area to prevent pupils and staff from the attack.

He said, "Our men were deployed there since morning but they were instructed to guard the schools in the area so that hoodlums would not kill or injure the pupils and the staff.''

The spokesperson for the police in the state, Olugbenga Fadeyi, who confirmed the clash, said, "It was a clash between two miscreants in which one of the miscreant, Adeola Sakirudeen 'm', was hit by the other and died later while receiving treatment in an hospital.

''The CP, SA security and other police tactical teams visited the scene for on-the-spot assessment. Massive police deployment and that of the sister security agencies were made to douse tension. Critical stakeholders have also been consulted to appeal to the people. Normalcy is gradually returning to the area."

In another news, Governor Dapo Abiodun of Ogun State on Thursday, February 11 announced the opening of application portal for interested candidates into the state Operation Amotekun corps.

Naija News reports that requirements into the state chapter of the Western Nigeria Security Network outfit founded in January 2020, include BSc degree or its equivalent for those applying for the ranks of AMT Asst. Commander of Corps, AMT Asst. Supt. of Corps and AMT Supt of Corps and others.