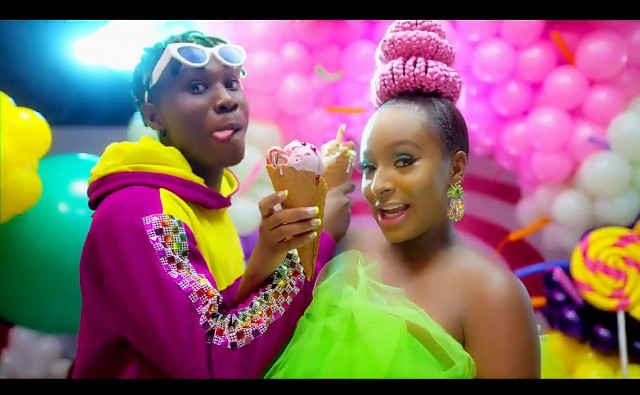 The duo produced a hit song together in 2019 titled Gelato but a few months after, it seems they have an unsettled issue between them.

First, it was DJ Cuppy that took to her Twitter account to brief her followers on a ‘fight’ with Omoniyi Temidayo Raphael, popularly known as Zlatan Ibile.

The billionaire’s daughter said she is still in wonder why Zlatan had chosen to block her from his social media accounts following their collaboration a music video ‘Gelato’.

According to Cuppy, she is a friend of the singer but she is left in the dark about what resulted in their frosty relationship.

She said in her tweet: “10 months later and I sometimes still wonder why @Zlatan_Ibile blocked me on WhatsApp and Instagram without ever saying why; we were actually friends Woman shrugging …AND “Gelato” was a hit!”

However, Zlatan in a recent interview with The Switch show shocked many fans, followers, and observers of the entertainment industry when he claimed he didn’t know DJ Cuppy.

Reacting to DJ Cuppy’s allegations when asked by hosts of the show on what transpired between them, why he blocked her on social media, and if he has unblocked her, Zlatan said he doesn’t know her.

“Is he an artist,” Zlatan retorted when asked about DJ Cuppy, before declaring he does not know her at all.

Meanwhile, veteran Hollywood actress, Cicely Tyson, is dead. She died on Thursday, January 28, 2021, at the age of 96.

Tyson’s death was announced by her family, through her manager Larry Thompson, who did not immediately provide additional details.