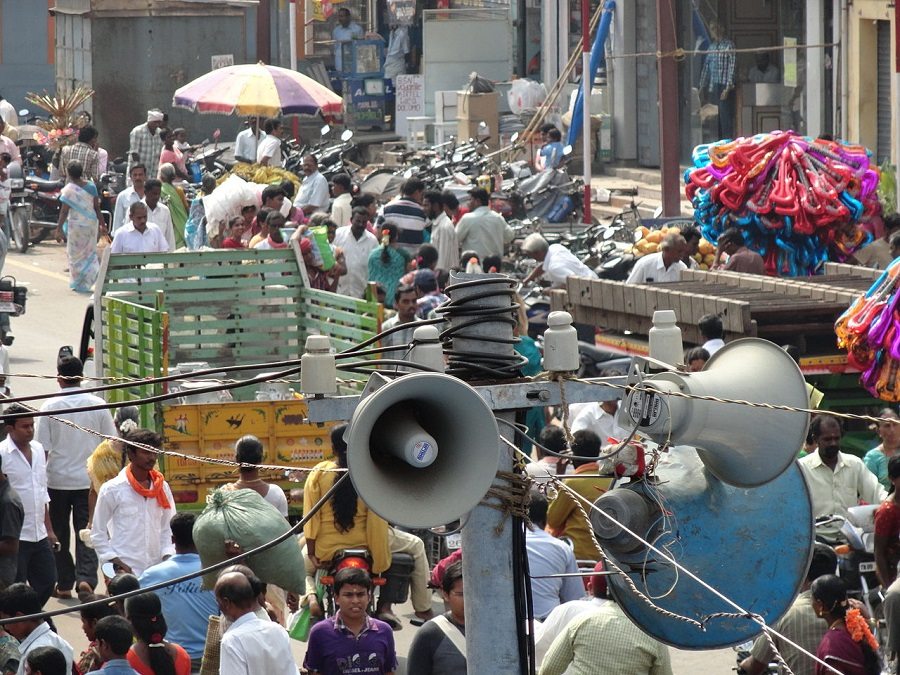 The General Manager of the Lagos State Environmental Protection Agency (LASEPA), Dr Dolapo Fasawe has submitted that churches and mosques are responsible for 70% of noise pollution in Lagos.

Fasawe said while religion is a fundamental human right entrenched in the Nigerian Constitution, disturbing others when worshipping is not acceptable.

She revealed in an interview with Punch that of the 4,700 complaints received by the agency last year, 70% were against religious houses from Nigeria’s two main religions.

She, however, revealed that apart from engaging with the leadership of both religions on regulating their activities so as not to negatively affect others, 640 religious houses were sealed by LASEPA for various offences.

Answering the question as to what extent religious centres contribute to noise pollution, the LASEPA boss responded: “Of the 4,700 complaints we received last year, 50 per cent were from neighbours of religious houses. Another 20 per cent was due to religious activities in places that were not religious houses, making it 70 per cent. This is because we have people turning uncompleted buildings into churches; we have people putting canopies outside and conducting vigils with microphones. Yes, as a state, we encourage prayers. But God is not a God of indiscipline. Religion is part of our life, it is a fundamental right.

However, you do not have a right to disturb your neighbour when worshipping. The two main religions in Nigeria also preach against this. Any activity or communication that you have with God that disturbs your neighbour and affects his health and wellbeing is not acceptable. These are the tenets of the religions we practice.”

She also went ahead to reveal steps been taken to resolve such issues.

“We have had meetings with the religious leaders across the board. But I must say that I am happy specifically with NASFAT. We had a meeting with the religious heads and a couple of weeks later, I saw a letter that NASFAT sent out to all its mosques in Lagos State with the instruction: no microphone outside. I have a copy of that letter. It really impressed me a lot. And there was compliance,” she said.

She added that while many religious houses have complied with the agency’s regulation, those found guilty have been dealt with in accordance with the provisions of the law.

“We sealed 640 religious houses over infractions. I am also happy that a large percentage of them have complied. Some have gone ahead to sound-proof, and some have moved to permanent structures in appropriate areas.”

Meanwhile, the Advocacy for Alleged Witches (AFAW) has begged Ugandan authorities to arrest religion leaders in the country who claim to have deliverance powers.

The group reportedly stated this while applauding the nation’s authorities shutting down an evangelical church in Kampala, the nation’s capital, Naija News understands.

AFAW in a statement made available to newsmen on Friday, January 8 through its coordinator, Leo Igwe, noted that many African clergies, in the quest to outnumber their rival worship centres both in finances, venture into faith healing.