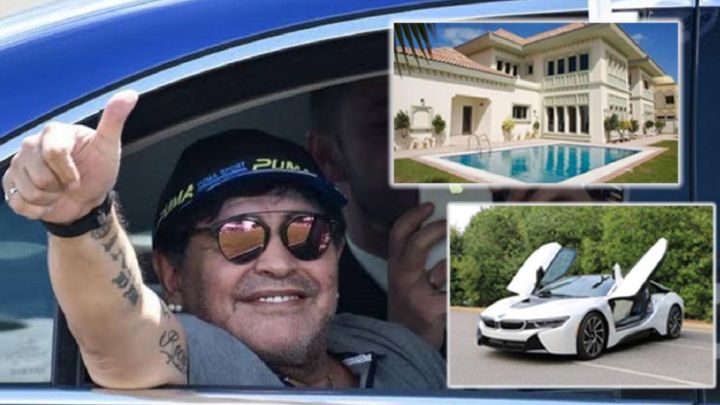 The fight for the inheritance of the heritage that Maradona leaves after his death promises to be fierce. There were few luxuries that Diego had acquired throughout his life.

His estimated fortune is around 50 million dollars, although it is not known exactly how much of that he spent in recent times, in which he surrounded himself with a series of people whom he financed practically in their entirety in exchange of the services provided.

Yes, part of the material heritage that Maradona had is known, always surrounded by great luxuries. Among the list of his main assets, there are five houses (four in Argentina and one in Dubai), four cars, jewellery and an amphibian (a kind of tank) that the president of Dinamo Brest gave him while he was directing in Belarus.

Bringing this last vehicle to Argentina has a cost of $ 70,000, so in case no one assumes that expense, it will remain in its place of origin without a clear owner who can use it.

All of Maradona’s assets will remain in the hands of his heirs, who are officially his five recognized children. The problem is that there are also other children who claim their paternity and who would be beneficiaries if confirmed.

In addition, Maradona’s own declared family has internal wars and is not very close, so the negotiations to seize his part of the inheritance promised to be tough.