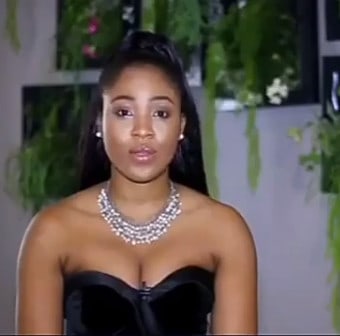 About two weeks after social media users dragged former Big Brother Naija housemate, Erica on Twitter and listed swallowing of sperms on national television as parts of her talents, another troll has been made of the reality star.

Naija News understands that Erica on Tuesday, December 1 took to her Twitter account to say she wish she knew how to make Ogbono Soup.

She wrote: “I wish I knew how to cook ogbono soup.”

Reacting to her tweet, Horlagbaje, a user of the bird app wrote: “But, if is to nack u get degree for that one. smh!”.

See the tweets below;

But, if is to nack now u get degree for that one. smh!

Meanwhile, it has been alleged by Nollywood actor, Uche Maduagwu that some former BBNaija housemates are visiting native doctors to ensure that billionaire son, Kiddwaya and his girlfriend Erica do not marry in the coming year, Naija News reports.