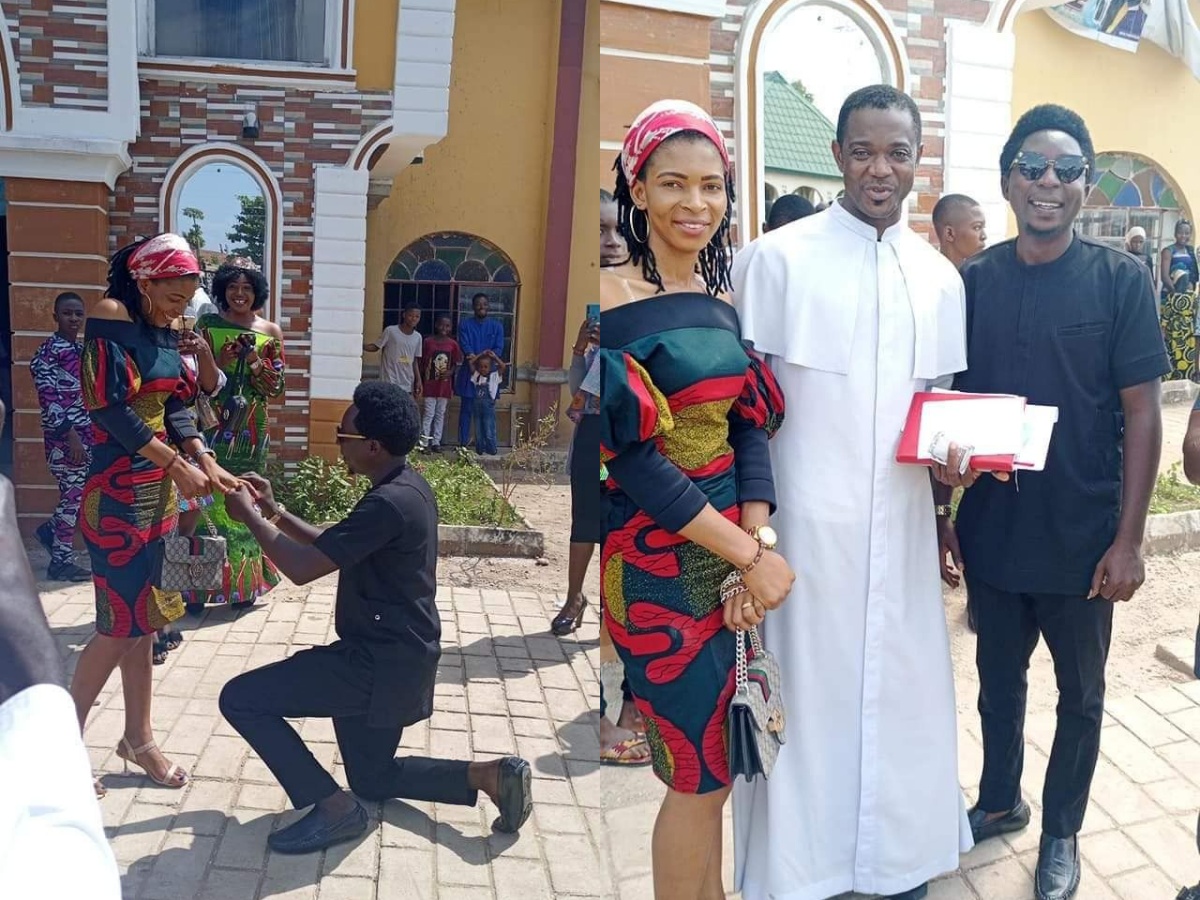 Mr Hycent Ukwayi, who is said to be the Special Assistant to the Governor Benedict Bengioushuye Ayade of Cross River State on Equal Opportunity on Sunday, November 29, publicly proposed to his girlfriend at the front of their Church after Sunday Service, Naija News reports.

Naija News understands that the Governor’s aide put up the act after the Sunday Mass in Calabar, the state capital at the watch of other church members and passersby.

Feeling happy with the development, Ukwayi’s friends took to social media to share photos from the public proposal, spicing it with some poking comments.

“Holy Spirit finally arrested him after running away countless times,” said one Ferdinand Akwaji Ayakpo while posting photos of the event on Facebook

He added, “If God want to catch you, there is nothing anyone can do about it. And for the Holy Spirit to arrest a man in the church is something worthy of note.

“Just as in the case of Jonah and SAUL who later became PAUL, Hycent has evaded arrest countless times but at the appointed time, God did his work and got him converted.

“Brother, may you forever remain a preacher of the gospel and winner of souls for Christ. Receive the grace to live a life worthy of your calling.”

On his part, Mathias Unimke congratulated Ukwyi, noting that he has been shying away from doing the needful as regards marriage, but the holy spirit arrested him to ‘ask that big question and Sister said yes.”

He wrote: “Hello church members, our brother who has been running away from pumping the big question, I prayed for him as Daddy G.O and the holy spirit arrested him to ask that big question and sister said yes. Let’s congratulate them. Hallelujah!! Congratulations husband material Hycent”.

The Church priest could also be seen in one of the photos rejoicing with the two love birds.

See photos from the public proposal below: