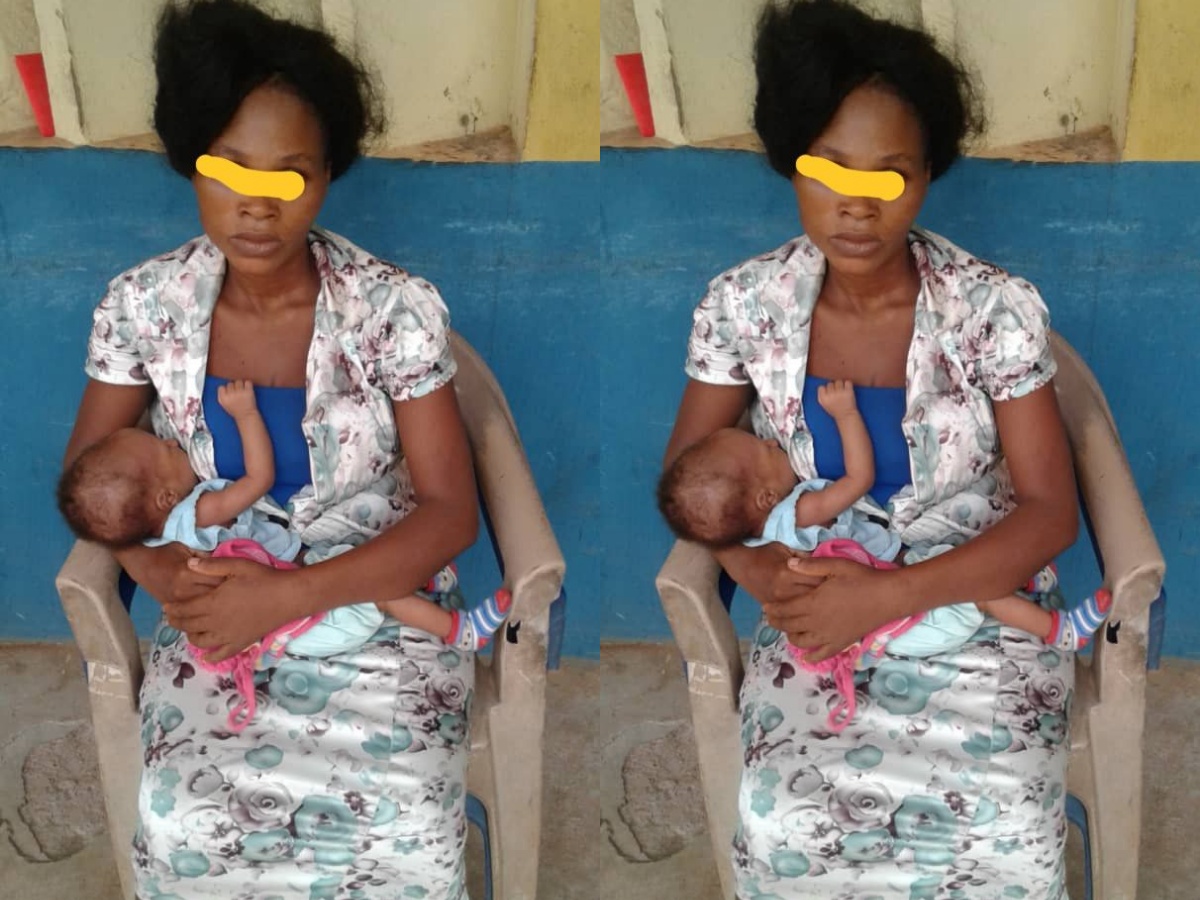 A woman arrested by the police in Anambra State has confessed that hardship led her to the selling of her own child.

Naija News understands that Emila Sunday, an indigene of Akwa Ibom State, was apprehended yesterday Tuesday, November 24 after attempting to sell her child for the sum of one hundred and fifty thousand naira (N150,000).

It was reported that Emila was arrested at Ire-village Ojoto where she went to sell the three months old boy.

Confirming her arrest, Anambra State Police Command spokesman, Haruna Mohammed, noted that they have rescued the baby and is in good condition.

Mohammed added that further investigation is ongoing on the incident.

Meanwhile, a lady whose nickname is identified as Moda has allegedly poured hot water on her brother after confronting her about having an affair with a married man, Naija News reports.