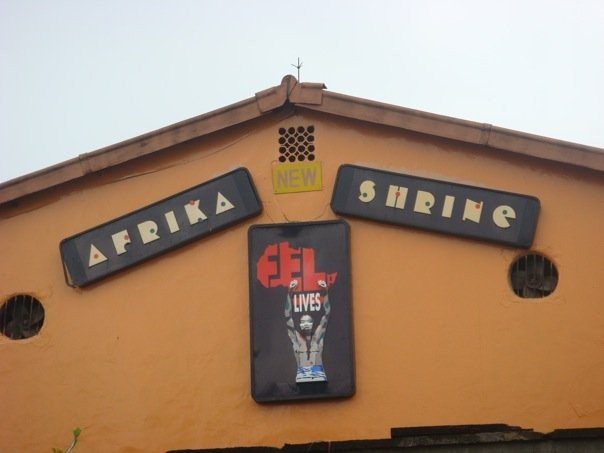 The Lagos State Police Command has threatened to shut down the African Shrine, Ikeja, if it goes ahead to host a programme to evaluate the achievement, lessons and tasks arising from the recent #EndSARS protest.

Naija News reports that the programme organised by Seun Kuti, son of Afrobeat legend, Fela Anikulapo Kuti, was scheduled to be held on Tuesday but the police have now threatened to close down the place if he goes ahead with the programme.

In a letter to the Kuti family and manager of the African Shrine, the Police warned that the programme was not welcomed as will be tagged as a sabotage the restoration of peace in Lagos.

“It is on this premise that I write that such a gathering or meeting planned to be hosted at your venue is not welcome at this perilous time when the security of the nation is trying to find her feet to stabilize all threat to life and properties.

“You are hereby warned to suspend such gathering as any infraction that may emerge from this gathering will be tagged a deliberate action to sabotage the transition and restoration of the peace in Lagos State by the Lagos state Government and the Nigeria police Force,” the letter read.

Reacting to the letter in a series of post on his Twitter page, Seun Kuti stated that he would go ahead with the programme but at a different venue.

He said, “I respect my family’s decision not to hold the event but I will still go ahead with all the other organisations to launch the Movement of the People tomorrow and start our political resistance to the tyranny of this oppressive regime.

“This is a meeting, just a meeting of organisations and they are basically banning the right of association. Why are they afraid of the people organising? What is democratic about this act?

“The last time we tried to launch the government quickly called curfew and this time they have used threats but you can’t stop the will of the people.”