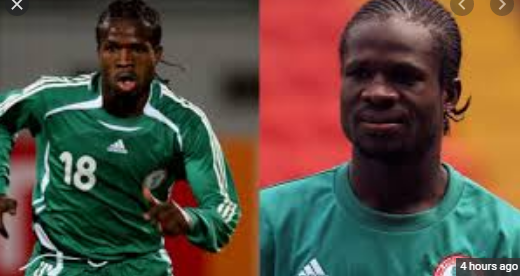 A few hours after he was taken away by kidnappers, former Super Eagles player, Christian Obodo, has regained his freedom, Naija News reports.

It was reported that the retired footballer was rescued by the Nigeria Police Force on Sunday evening, November 15, along Isoko, in Delta State.

Naija News understands that Obodo was swindled away by the abductors on Saturday, November 14, after he stopped by at Effurun area with his girlfriend to get some bananas. Reports claimed that the kidnappers had demanded a £121,000 ransom.

This makes it the second time the Udinese star will be kidnapped in Nigeria. The player who had spent his last season on-loan to Serie B side Lecce was sometimes in June 2012 kidnapped by unidentified gunmen while on his way to Church in Warri, Naija News recalls.

However, reacting to the recent kidnap event, Delta FA spokesman Timi Ebikagboro told KickOffNigeria.com that the player was found at Isoko.

“He has been rescued and the police are bringing him back to Warri,” Ebikagboro revealed.

In another news, England Under-21 midfielder, Eberechi Eze, has cleared the air on his chances of playing for Nigeria national team, the Super Eagles.