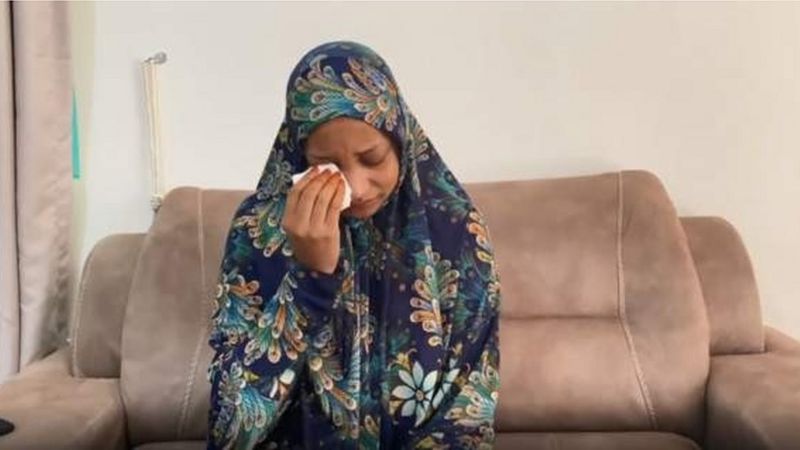 Hausa film star Rahama Sadau has apologized to her loved ones, family and friends for the response of her fans to some of the photos she posted on her social media pages.

The actress appeared in a video posted on her Instagram page wearing a hijab, crying and asking for forgiveness.

“Everyone who knows me and follows me knows that I will never do this in my heart. In fact, I did not know what happened until I was called,” she said.

The actress said that as a Muslim, she would never do anything that she knew would bring insult to the Prophet Muhammad, apparently referring to a non-Muslim who linked her involvement in the images to Islam which is why her followers blame it.

In a new video of her apology on Tuesday, Rahama said, “I apologize to the whole nation, please “I’m sorry, please forgive me” she continued, crying.

Several stars in and around the Kannywood film industry have come out condemning the incident.

In 2016, a video in which she starred with a musician named Classiq sparked controversy on social media, with some saying that her actions were against the morals of the people from Northern Nigeria.