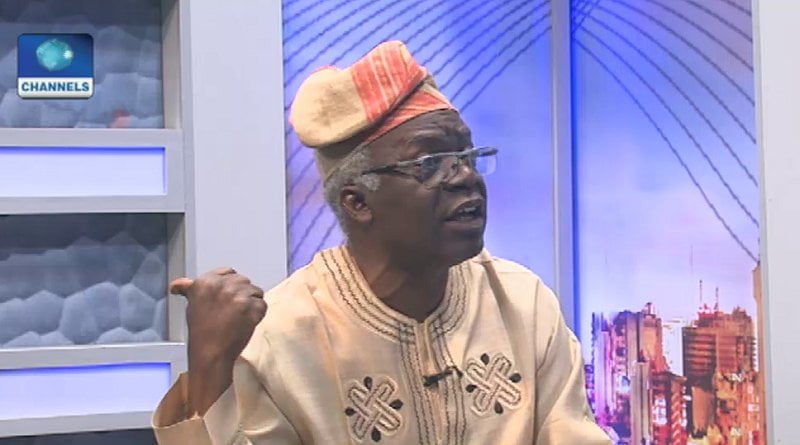 Nigerian lawyer and human rights activist, Femi Falana and other legal practitioners have joined heads to file pieces of evidence for the trial of Tukur Buratai, Chief of Army Staff (COAS) before the International Criminal Court.

Falana himself disclosed the development when he was speaking on a live phone interview on Arise TV on Wednesday morning, October 21, Naija News understands.

The Senior Advocate of Nigeria (SAN) applauded Nigerian youths protesting against Police Brutality across the states for been bold to take photoshoots and video evidence before and after the shooting at Lekki Toll Gate on Tuesday night.

According to Falana, while they keep on with the compilation of the evidence for the international trial, they will also approach local courts. He recalled how Shiites members were murdered in Kaduna State by the Nigerian Army who claimed they were blocking same COAS.

Watch Femi Falana while speaking on the Arise today in the video below;

Meanwhile, Naija News had reported that a Nigerian news and media television channel based in Lagos, Channels Television has been attacked by some hoodlums today.