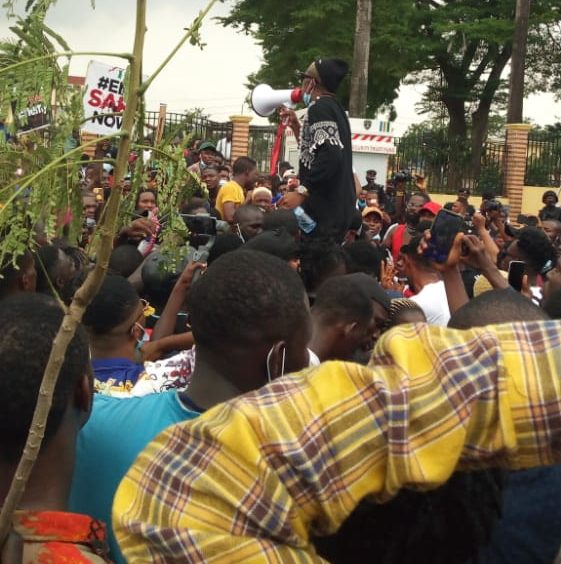 This was coming after the Lagos State Deputy Governor, Femi Hamzat appeared before the protesters, condemning SARS brutality.

Addressing the protesters to calm the situation, Hamzat urged the youths to understand why the unit of the police force was created in the first place.

On his part, Small Doctor after his arrival with a massive crowd of protesters from Agege begged the youths to listen to the deputy governor.

See photos and video live from the front of the state government house below; 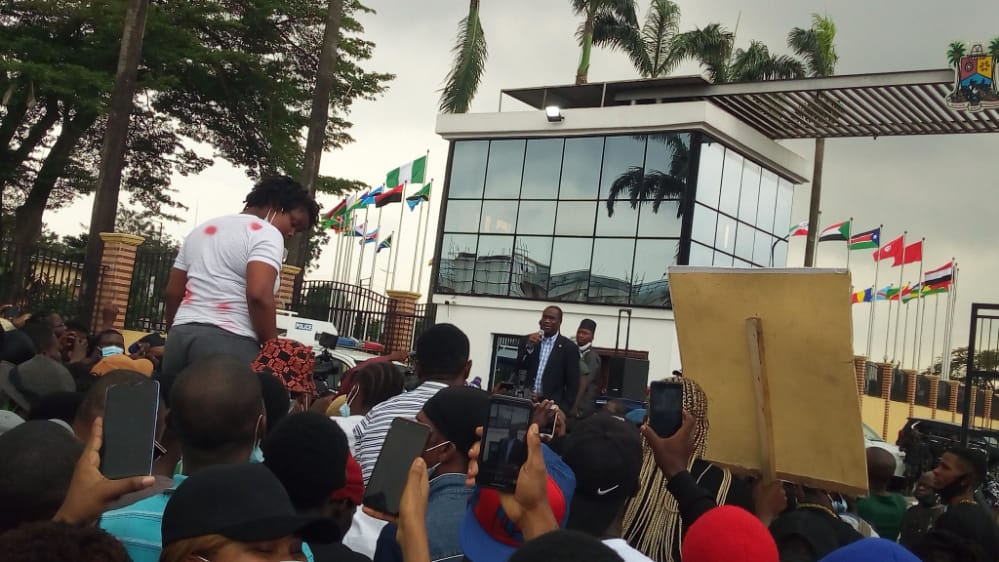 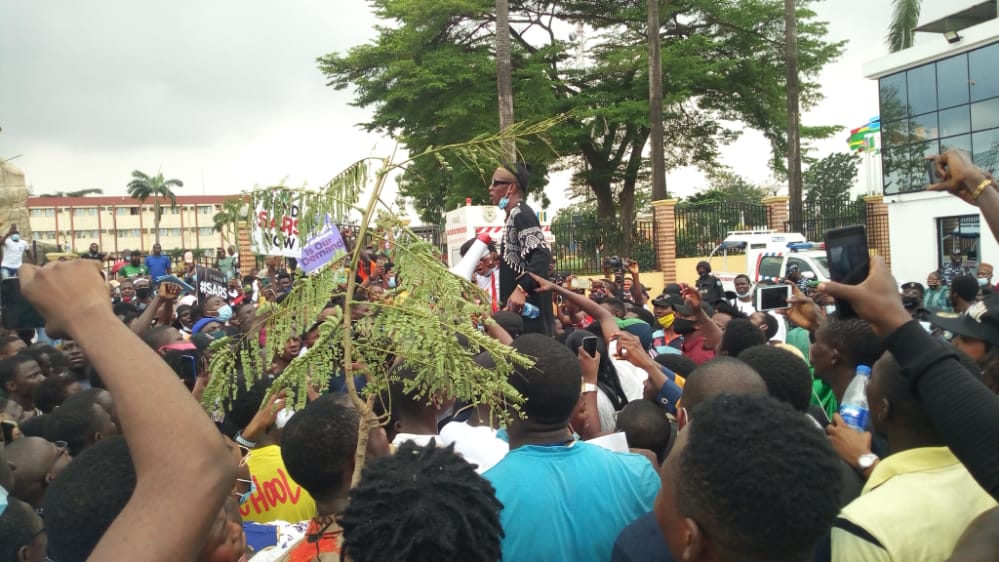 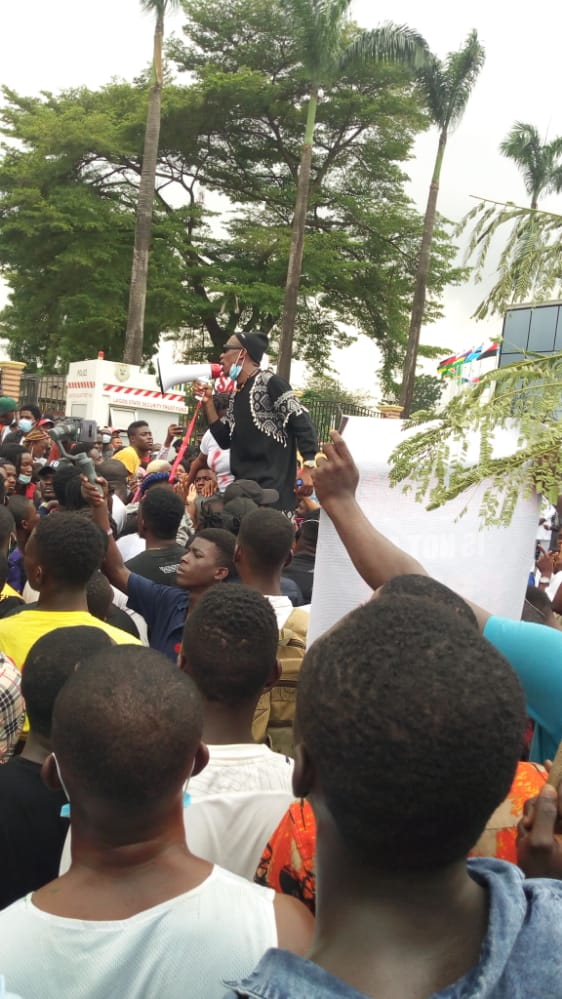