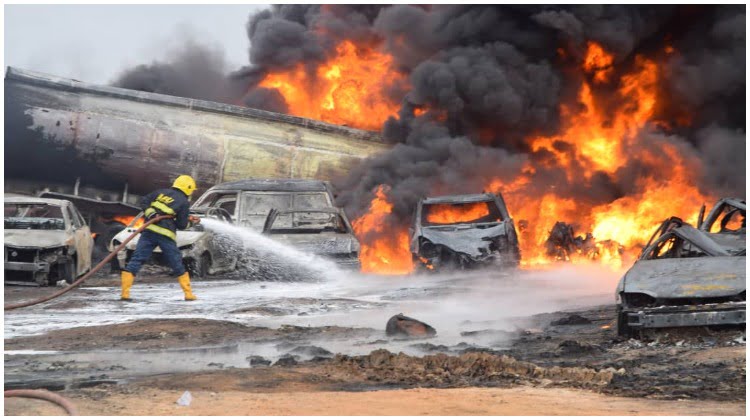 Emergency workers are on Saturday morning battling to avert another major pipeline explosion at Abule-Soba in Abule-Ado town, Lagos State.

It was gathered that the community have been put on the red alert in case of any explosion as a result of the petroleum leakage from a ruptured pipe belonging to the Nigerian National Petroleum Corporation (NNPC) supply pipes that runs through the quiet town to Ejigbo and Mosemi Depot in Lagos and Ogun States respectively.

The police have also cordoned off the area to prevent people from being trapped in the event of an explosion.

Lagos State Commissioner for Information and Strategy, Gbenga Omotoso who raised the alarm of an imminent explosion said the state Emergency responders were informed of a major petroleum pipeline leakage at Abule-Soba.

Omotoso said the agency and other first responders remain on high alert.

He added that officials of NNPC have also been informed of the incident.

“Members of the public are cautioned to proceed with extreme caution in and around the area to prevent any form of explosion or ignition from naked flame,” he added.

Recall that an explosion which occurred in the community in March 2020, claimed the lives of about 20 persons including a Reverend Sister, while property worth billions were also destroyed.