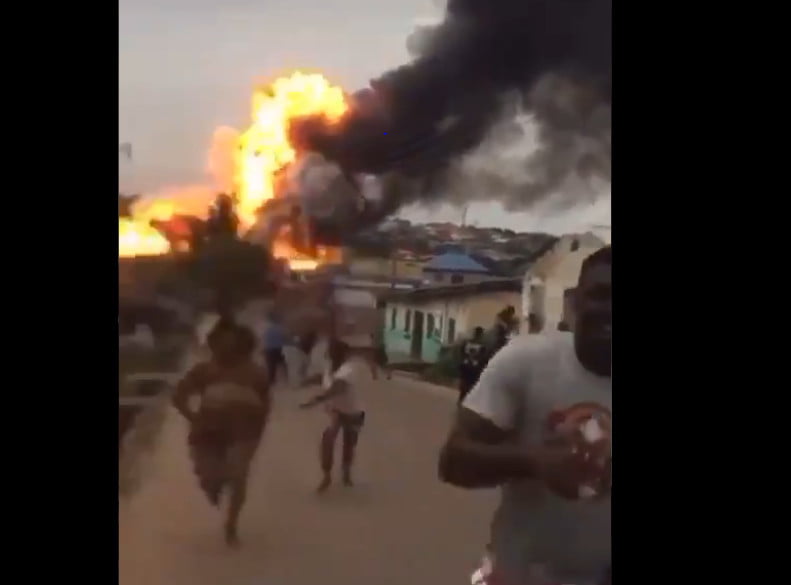 Nigeria has in this week recorded two disturbing explosions that have claimed the lives of citizens.

On Thursday (today), September 24, scores of residents of Iju Ishaga in Lagos State sustained series of injury as a result of gas explosion in the part of the state.

Naija News learnt that the explosion which happened precisely at Cele Bus Stop, Iju Ishaga, Lagos was caused as a result of an accident involving a truck conveying gasoline.

It was reported that the explosion, due to its intense has recked structures around the scene of the explosion.

Speaking earlier with newsmen on the development, a witness who gave his name as Ikechukwu said, “We just heard a loud sound around 03.30 pm and we suddenly began to see smoke. The explosion is massive and we are not sure of the casualties but many people are injured.”

Watch below videos from the scene as shared by citizens on the microblogging site, Twitter.

Fire explosion in iju shaga gas explosion………God save us many vehicles got burnt many people injured#lagos#explosion#TIME100 pic.twitter.com/1aFZNDRYzV

UPDATE: The fire incident at Cele Bus Stop, Iju Ishaga, Lagos was caused by a gas explosion resulting from an accident involving a truck conveying gasoline.

The horrible gas explosion in Iju was coming just a day after a collision between a tanker and a tricycle saw over 30 people burn alive in Lokoja, Kogi State, Naija News reports.