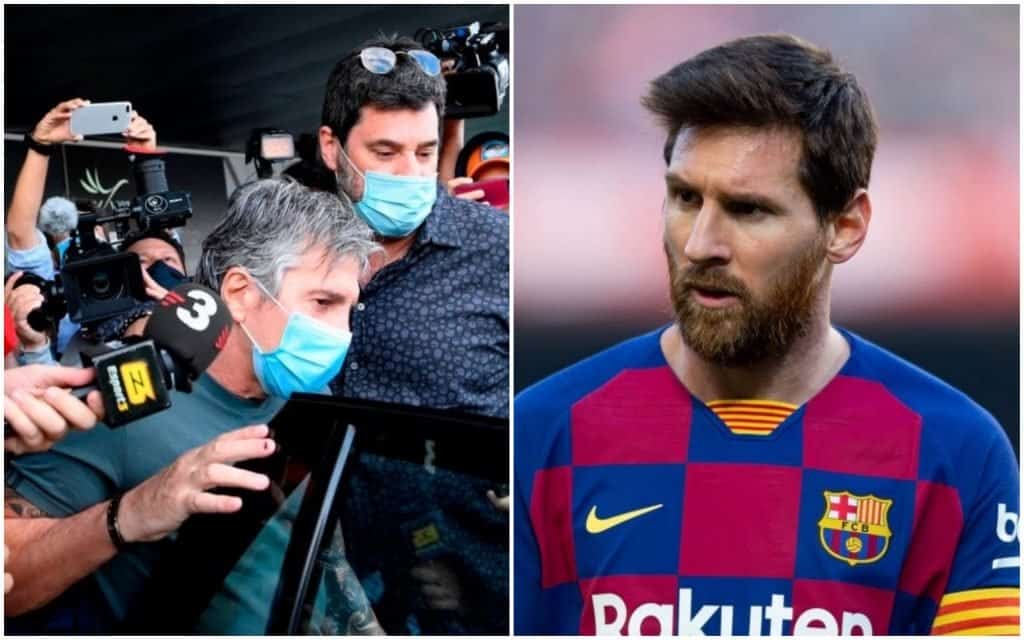 The father and agent of Barcelona captain, Lionel Messi, Jorge Messi, has arrived at the club to discuss with the President of the La Liga side, Josep Maria Bartomeu.

Recall that Messi on August 25 informed Barca he wants to leave this summer.

Following the announcement, the Argentine no longer considers himself as a Barcelona player and failed to show up for the team’s mandatory COVID-19 testing on Sunday, as well as the first training session with new manager Ronald Koeman on Monday.

Jorge Messi has now flown from Rosario to Barcelona via a private jet on Wednesday morning and will now hold face-to-face discussions with Bartomeu to resolve the situation.

After arriving at Barcelona airport, he told waiting reporters: “I don’t know anything, guys.”

Manchester City are favourites to land Messi this summer, but LaLiga have insisted that any potential suitors will pay the 33-year-old’s €700 million (£624m) release clause.

Related Topics:Josep MessiLionel Messi
Up Next