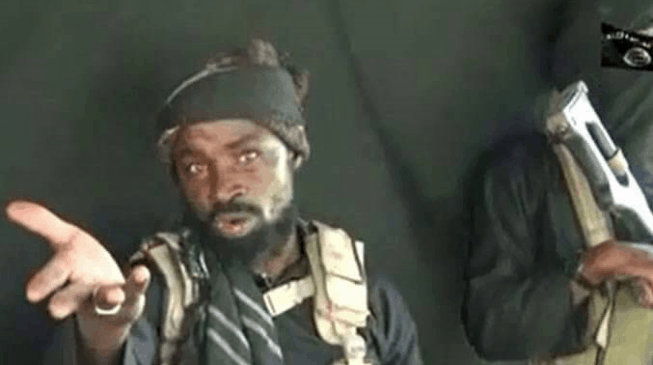 In the 56-minute video, Shekau translated the Nigerian and NYSC national titles into Arabic, Hausa and Kanuri. He claimed that all Nigerian Muslims who read the caption, to the faith but they deserve to be killed.

He went on to say that any Muslim who reads the Nigerian national anthem at school or elsewhere, is a disbeliever even if he is praying and fasting.

In the video, he threatened that anyone who recites the Nigerian anthem in school or elsewhere is a disbeliever even if they pray and fast.

The new video comes a few days after the United States warned that Boko Haram has begun expanding its activities from the North East to the North West.

In a recent video released by the Boko Haram terrorist leader, he was heard warning Bulama Bukarti along with other government officials and the Nigerian Army for “refusing to keep quiet”.