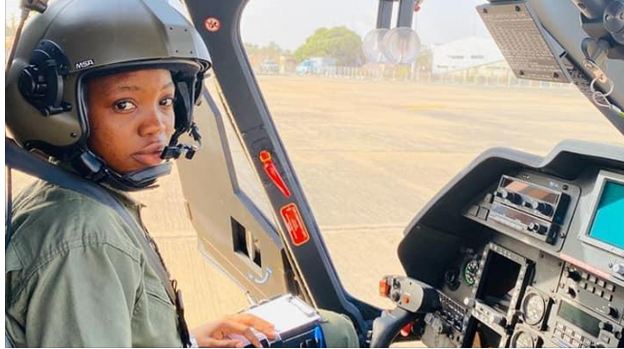 Some hours after the news of the death of Nigeria’s first female combat helicopter pilot, Sani took to the micro-blogging site, Twitter, to react to the news, saying Flying Officer Arotile was a “shining star who broke barriers and defied conventions.”

Sani tweeted: “Tolulope Arotile was a shining star who broke barriers & defied conventions. She raced through an uncharted & dreaded path & braced d tape in victory.She refused to be hindered by neither d ceiling nor d sky. She was a woman who conquered d impossible & the unimaginable.RIP.”

Tolulope Arotile was a shining star who broke barriers & defied conventions.She raced through an uncharted & dreaded path & braced d tape in victory.She refused to be hindered by neither d ceiling nor d sky.She was a woman who conquered d impossible & the https://t.co/PSAWAFbtwE