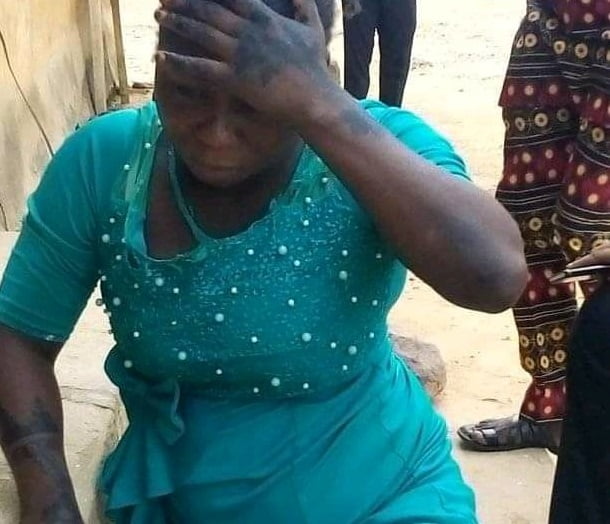 A woman has finally been arrested hours after she was reported to have bathed a teenage girl who lives with her with hot water and left her in severe pains.

It was reported that the lady had absconded after committing the horrible act which received condemnation from Nigerians on social media, who demanded her immediate arrest.

The incident was first reported by one Jephthah Omo-Bunu on the microblogging site, Twitter, noting that the guardian of the young girl poured the hot water on her and ran after she heard that Police were coming for her.

However, hours later, Omo-Bunu tweeted that the woman who resides in Lokoja, the capital of Kogi State has been arrested and is currently cooling off in police custody. According to his report, the woman has been identified with always abusing the young girl.

See below tweet as a confirmation to the arrest of the unnamed woman;

Thank you guys!
The woman has been apprehended, shes in police detention right. Those who live around said she's use to such abuse on the young girl. pic.twitter.com/TuwTIhGkSy