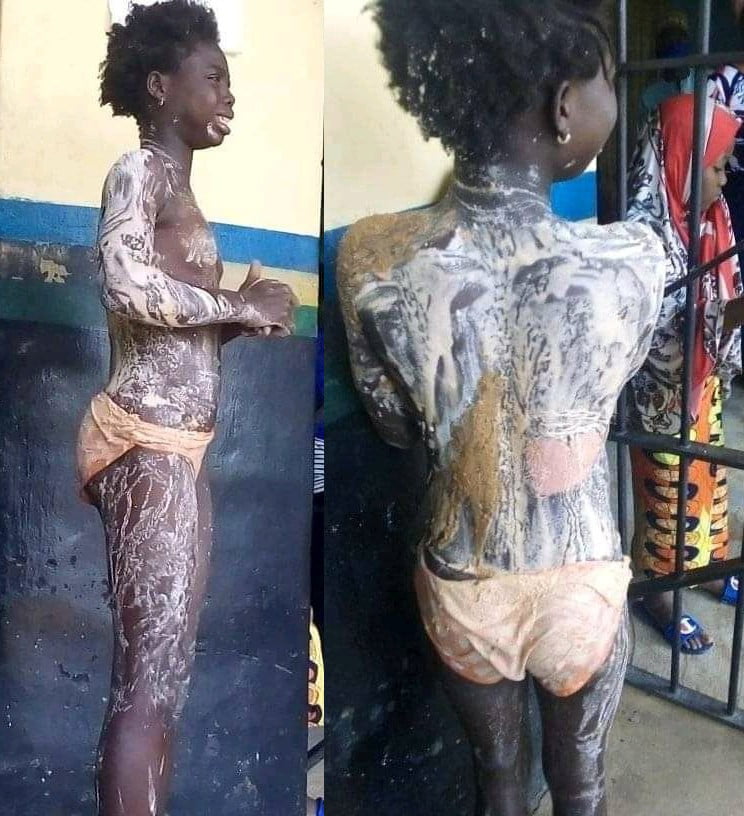 A teenage girl has been reportedly tortured and assaulted by her aunt who is a resident in Kogi State.

According to a source who shared the photos of the young girl on social media, a lady she lives with, suspected to be her aunt poured hot water on her body, leaving her in severe pains.

As seen in the above image, the teenage girl’s body almost naked was rubbed with white substances by residents to ease the pains and as well help the burns to heal up.

The disturbing incident which reportedly happened today was shared on the microblogging site, Twitter, by one Jephthah Omo Bunu.

Sharing the photos, Omo Bunu wrote: “This girl was poured Hot water by her aunt/guardian this morning in lokoja Kogi state. Very disheartening. Wen she hard the police were coming she ran away “