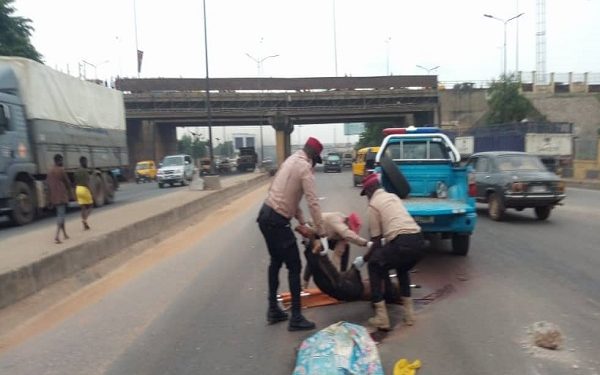 A mentally challenged man has been killed by an impatient driver in Upper-Iweka area of Onitsha, Anambra State.

Naija news learnt that the man was walking along the road around 7:40 am before the impatient driver knocked him down and zoomed off immediately, leaving the lifeless body on the expressway.

He said: The identity of the vehicle was however not noted. The corpse was deposited at Toronto Hospital Mortuary by the FRSC team, to restore free flow of traffic, which had already built-up.“The incident was also reported at the Central Police Station, Onitsha, for further investigation.

“The Sector Commander FRSC, Andrew Kumapayi strongly warns drivers against over-speeding, especially within built-up areas. He sends his condolences to the family of the deceased.”