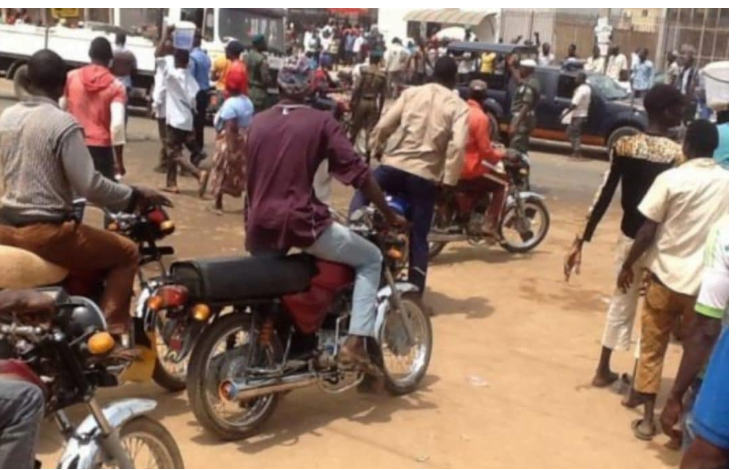 A 35-year-old commercial motorcyclist identified as Tunde Adedeji has been killed on Friday by a hit-and-run driver.

The accident, which claimed that killed Adedeji also had at least six persons injured.

The deceased, who hailed from Odojomu in Ondo town was carrying his passenger when he met his untimely death.

An eye witness revealed that men of the Federal Road Safety Corps (FRSC) in Ondo, rushed to the scene, after they got distress calls from residents of the area.

The unit commander in Ondo town, Asst. Corps Commander, Olarewaju Adeyemi, said the car rammed into two motorcycles, cleared them away from the road and thereafter crushed the deceased.

While confirming the accident in a statement, the Corps commander said in his words; “Seven people were involved, four of them were seriously injured, with one life lost, while other people sustained minor injuries.

“Those that sustained injuries have been taken to the Truma Center, while the corpse of the deceased has been deposited at the General Hospital mortuary in the town.

“The two bikes that were involved were Red Boxer Bajaj with plate number :KTP 202 EU and NND 410 QB.”