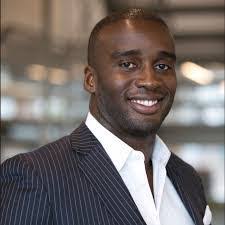 Contrarily to popular beliefs that majority of Nigerians are criminals, Nigerian Ph.D student in Japan, Ikenna Nweke, has changed the narrative, when he chose to return a wallet he found, which contained huge amount of money.

Nweke was said to have found the wallet on his way home in Japan on June 19.

More interesting to the Japanese police was the fact that he not only returned the wallet, but he also refused to collect a percentage of the money that he is entitled to by law.

The Japanese police commended Nweke for his honesty.

Reacting, Nweke said he refused to take the money and the percentage he was offered because he is a Christian.

He noted that Nigeria is a wonderful country, with only few percentage of criminals, adding that the Nation should not be judged by the few.

“Here is a message for every Nigerian that should maintain, protect the image of our nation wherever we are. Especially those in diaspora, we are the Nigerian people know. When we do something bad abroad it reflects on the image of the nation.

“This is a message for non-Nigerians who think that every Nigerian is a criminal. That is not true. Nigeria is a country of about 200 million people. Two hundred million wonderful people.