Home » Gist » Rape: How I Knew My Daughter Was Dead Before I Saw Her Corpse – Mother Of Raped Six-Year-Old 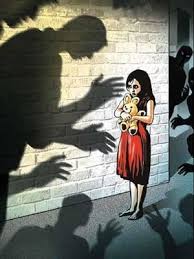 The mother of six-year-old Khadija Ya’u, who was brutally raped and murdered in Sabon Layi, Kurmin Mashi, Kaduna, yesterday has reacted to the incidence.

Recall NaijaNews reports that six year old Kadija, the last of four children of Malam Abdullahi Ya’u and Fatima Mohammed, was raped and Murdered and her body was found 20 meters away from her house, inside a mosque.

Reacting, her mother, Mrs Mohammed said she knew her daughter was dead even before her body was found.

According to her, about 30 minutes into the search for her daughter, instinct told her that she had died.

She said her daughter doesn’t leave the house without her 14-year old cousin, or wearing her Ijab. She said the little girl must have been lured or kidnapped.

After Khadijat body was found, she was wrapped in white clothes to be buried, according to islamite rites.

However, the women there raised alarm that she had been brutally raped.

The father was said to have wanted to go ahead with burying her, until he was persuaded to release her body for investigation.

While narrating the incident and the allegation of a cover-up, the village head of Sabon Layi- Kurmin Mashi told Daily Trust that it was true that the parents of Khadija initially tried to bury their daughter without investigation but said after his intervention, the deceased’s father allowed her remains to be moved to the hospital.

“Before we knew she had been raped, the father of the deceased said even though she had been murdered, he lacked the resources to pursue the case and would rather turn to God for justice.

“He was scared of the process, transportation and the fact that he may be asked to part with money he may not have.

“He was also worried that he may be emotionally invested in the process only for law enforcement agents and the courts to later throw-out the case,” he said.

However, Malam Ya’u Abdullahi, while speaking with our correspondent, said though no justice would bring back his daughter alive, he would want security agents to arrest the perpetrator.