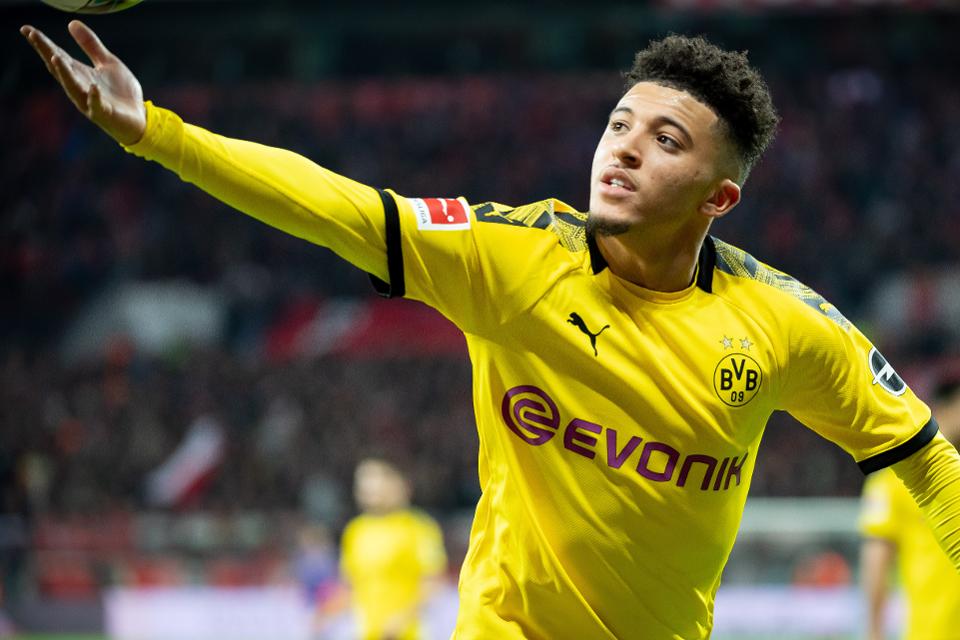 Naija News Understands that Dortmund placed a £115million price tag on the English football star as United are hoping to negotiate a lower fee because their finances have been impacted by the COVID-19  pandemic.

However, Manchester United are presently the only team showing interest in the race for Borussia Dortmund star

Ole Gunnar Solskjaer is planning to enhance his side’s attacking talent this summer to build on their exciting potential and hopefully challenge for the Premier League title next season.

A winger is high on his list of priorities with former Manchester City man Sancho the top target. United are long-term admirers of the 20-year-old and another fantastic season, with 20 goals and 20 assists to his name, has only solidified the club’s desire to sign him.

It was expected that United would have to battle with some of Europe’s biggest clubs to sign Sancho but, according to Sport Bild, they are now the only side that ‘can be considered.’