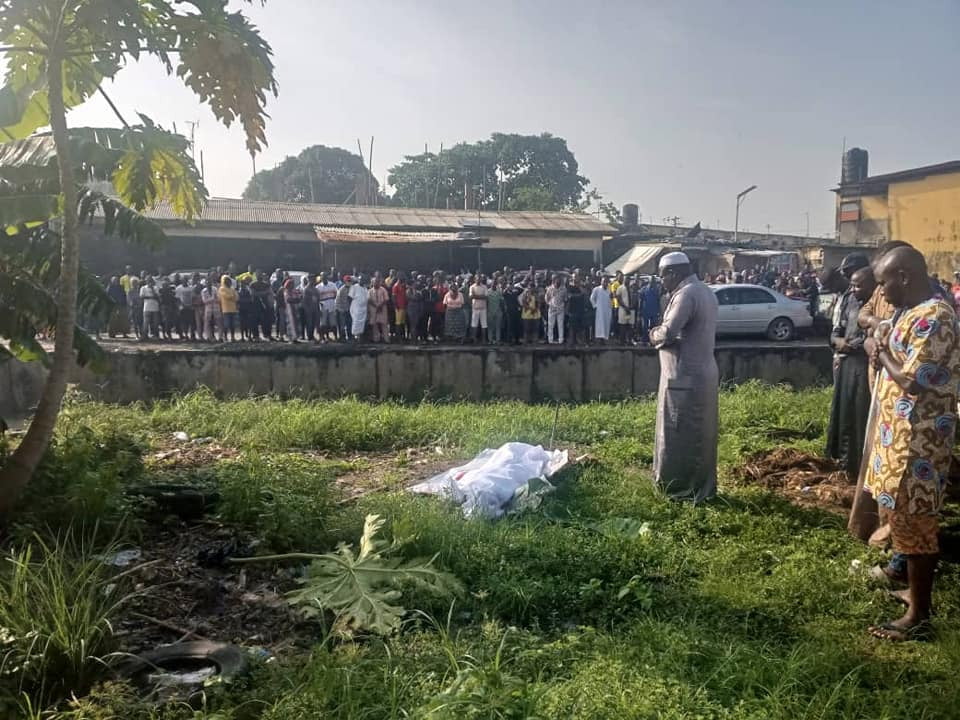 The remains of a teenage girl who was drowned by a recent heavy downpour in Lagos State has been found.

The young girl whose name is revealed as Ayisat has swept away in a heavy flood following a downpour that lasted hours in Alapafuja, Lagos State.

Naija News understands that residents of Alapafuja axis of the Surulere Low-Cost Housing Estate on Monday witnessed a heavy downpour which results in loss of valuable items and damage of properties as the whole community was flooded.

However, men of the Lagos State Emergency Management Agency, LASEMA, launched a search for the 17-year old girl and finally discovered her body at Onilegogo canal, Surulere on Tuesday noon. The agency has handed her remain to community members for a proper burial.

Naija News had reported earlier that a heavy downpour witnessed in Lagos State on the early hour of Thursday, June 18 left a home in commotion after their child who is of four years old was swept away by the flood.